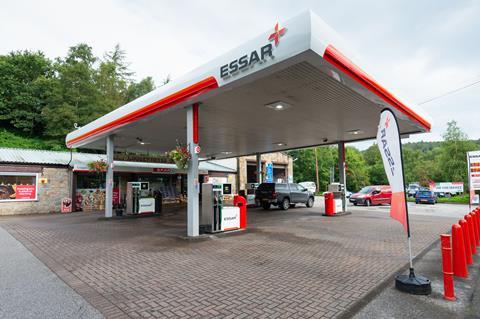 The Association of Convenience Stores (ACS) has called on the Welsh Government to drop its ban on the sale of so called ‘non-essential’ products ahead of a review of the policy today (Monday).

The calls come after the Welsh First Minister said that retailers could now use their ‘discretion’ around whether or not to sell non-essential goods.

Mark Drakeford told ITV Wales News on Sunday: “I won’t need – I don’t think – to buy clothing over this two weeks and I think many, many people in Wales will be in that position too. For me, it won’t be essential. But I recognise that there will be some people who for entirely unexpected reasons which they couldn’t have foreseen will need to buy items. In those circumstances where those welfare reasons are at stake, we will make sure that our supermarkets understand they have the discretion to apply the rules differently.”

Speaking to BBC Radio 5Live this morning, the North Wales Police and Crime Commissioner Arfon Jones said that it was ‘impossible’ for the police to enforce the rules on non-essential products and that shops should be allowed to decide what they can sell.

ACS chief executive James Lowman said: “The non-essential product restrictions have put huge pressure on colleagues in stores. Retailers and their colleagues in Wales are on the front line dealing with customers who are understandably frustrated about the confusing rules, put in place with just a few hours’ notice on Friday afternoon.

“During the first lockdown, we saw a significant increase in violence and abuse suffered by colleagues due to Covid restrictions. We are extremely concerned that this badly thought out, badly implemented and unnecessary policy will cause flashpoints of further abuse and violence in store. The Welsh Government has talked about the measures being put in place to ensure ‘fairness’, but have failed to consider whether it’s fair for colleagues to have to deal with these issues throughout the firebreak.”

Figures from ACS’ Covid Impact Survey show that during the first lockdown starting in March, 40% of retailers reported an increase in violence and abuse in stores, with Covid-related incidents being one of the biggest flashpoints.

ACS and the Welsh Retail Consortium wrote to the First Minister on Friday, calling for the non-essential products ban to be scrapped.