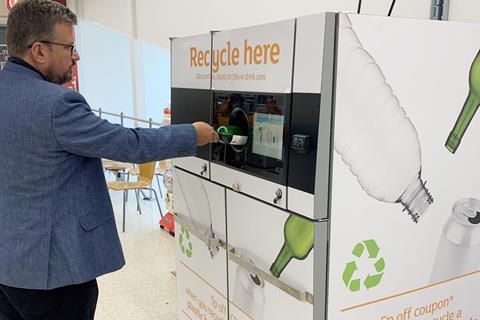 The Scottish Grocers’ Federation has denied press reports that it is seeking a judicial review against the Scottish Government for its handling of the Deposit Return Scheme.

The proposed scheme is due to be introduced in the UK next year, and is designed to reduce plastic waste. Customers will pay a deposit of 20p when they buy a drink in a single-use container and then get the deposit back when they return the empty bottle or can.

The SGF released a statement which said it was going to send a letter to the Scottish Government which expressed its conserns about the scheme.

“As their trade body we must respond to the concerns of our retail members. The Federation has instructed our legal team to send a formal letter to the Scottish Government. This letter lists our concerns in a very detailed, accurate and carefully considered way. At present we have not raised judicial review proceedings.

“When we receive answers from the Scottish Government, we will, in consultation with our retail members, consider our response in a balanced and measured way.

“We are disappointed that factually incorrect information has appeared in the press when, at all times, we have kept all our government dialogue confidential. Throughout this process SGF has acted with honesty and integrity. As such we are extremely concerned that other trade bodies have seen fit to make public statements based on this factually incorrect information.

“SGF remains committed to working with all of the key stakeholders to deliver a Deposit Return Scheme within agreed timelines, which meets the needs of businesses, consumers, and the environment.”