Applying for planning permission? Read our guide to navigating the town planning system and creating value by Jason Lowes, partner at property and planning consultancy Rapleys 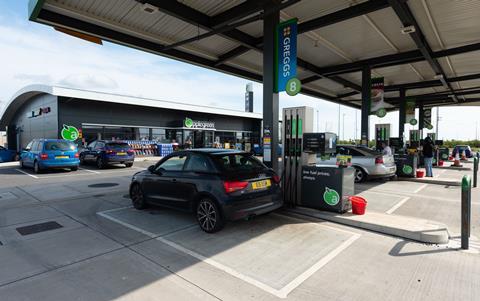 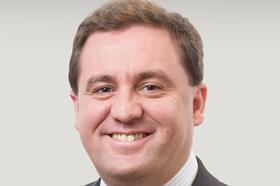 Petrol filling stations face a distinct set of issues when it comes to planning, both when developing a new site or expanding or altering an existing one.

The essential purpose of the planning system is as a control on building and development, to balance the commercial imperatives of landowners and developers with the public interest.

Almost all physical development (including underground works and many types of advertisements) on a petrol filling station site requires planning permission. This permission needs to be sought from the local planning authority, usually the district or borough council, but sometimes it can be the county council. The local authority’s approval is also required in order to vary any restrictions imposed by conditions on historic consents.

Securing planning permission for new facilities on sites where there is currently no petrol filling station.

And, more commonly, projects that create value and increase income by, for example, replacing dated petrol filling stations with modern facilities; on larger sites, including complementary land uses such as drive-thrus; extending the forecourt shop; seeking longer opening and delivery hours, or introducing new advertisements onto the site. Our experience with clients indicates that, in particular, securing approval for longer opening hours can significantly increase value and income with relatively little outlay - albeit the scope for this is highly site-dependent.

What is relevant in a planning application?

How does the local planning authority decide whether to grant planning permission?

Each local planning authority should have a set of adopted planning policies within a Development Plan (the “Local Plan”). When considering a planning application, the local planning authority should normally refer to these policies in the first instance. However, it should be noted that some policies – particularly those relating to design – can be very generally worded as they relate to matters which are subjective rather than purely technical. In those cases the system gives the decision maker the discretion to apply their professional judgement as to whether development is acceptable or not.

Further, it must be borne in mind that decisions can be made contrary to the Development Plan if “material considerations” (such as broader public benefits) suggest otherwise. The weight to be given to these considerations is to a large part in the gift of the decision-maker, again adding a further discretional element to the system. The Government, through its current proposals to reform the planning system, wishes to reduce the level of discretion in the system, whilst increasing certainty to decision-making, however this is currently at a very early stage of the process.

The final decision maker at the local authority is either the planning committee (formed of elected local councillors), generally for cases that are larger and/or more controversial, or otherwise by planning officers (employees of the authority) under powers delegated by the committee. The rules as to whether an application is to be decided by committee or not varies by authority, and even if the application is presented to the planning committee it will be decided in light of (albeit not necessarily in accordance with) a recommendation by planning officers.

Impact on surrounding residents – is a relevant consideration in almost all planning applications, and those relating to petrol filling stations are no exception. Local authorities will wish to be assured that proposals will not have a detrimental impact on surrounding residents in terms of, in particular, noise and, in many locations, lighting. If the local planning authority considers it appropriate, they may seek to restrict noise generating activities through conditions on any planning application imposing curfews on opening or delivery hours. However, it is possible to relax or vary these consents if circumstances change over time, and/or evidence (such as a noise assessment) can be prepared to justify the change in planning terms.

Design and appearance – are relevant if any physical changes are proposed to the site, and are particularly important if development is proposed in or near conservation areas, or are close to other recognised heritage assets such as listed buildings. If the site is in a sensitive area in terms of design, there may be some negotiation with the local authority in terms of matters such as site layout and materials.

Environmental matters – such as ecology and flood risk, if the site is sensitive in these terms (for example, if it is close to protected species habitats, or lies in an identify flood risk zone).

Land use principle – relevant in new-to-industry sites, where the acceptability of a petrol filling station on the site has yet to be established, or for development where new, complementary land uses (such as drive-thrus) are proposed. Planning policies normally focus development on previously developed sites in built up areas, so generally speaking it is easier to secure planning permission for development in these areas rather than – say – the countryside (and especially the Green Belt, where development is highly restricted). Other land use policies can also influence the prospects of success, or the form of development. For example, it might be challenging to secure planning permission on land allocated or designated for another land use, such as housing.

What happens if the local planning authority refuses planning permission?

If planning permission is refused, an appeal can be made to the Planning Inspectorate, usually within six months of refusal (but shorter periods apply to certain types of proposal). If an appeal is lodged, the application, and the local authority’s decision, will be reviewed by a planning inspector, and they will make a judgement as to whether the refusal is justified in planning terms, and will either allow or dismiss the appeal.

What is the best first step to promote a proposal through the planning system?

In the first instance, it is advisable to secure the services of a planning consultant with a track record in petrol filling station development who can discuss development aspirations, and then review them against site-specific circumstances, planning history and planning policy. The consultant should then be able to advise as to the prospects of success, the major areas of planning risk and whether other potential development opportunities exist in planning terms. As part of that advice, the consultant would recommend a strategy for taking the site forward to give any proposal the best chances at application (and, if necessary, at appeal).