Demand for forecourt property has never been stronger, say experts, with values in ninth consecutive year of growth. 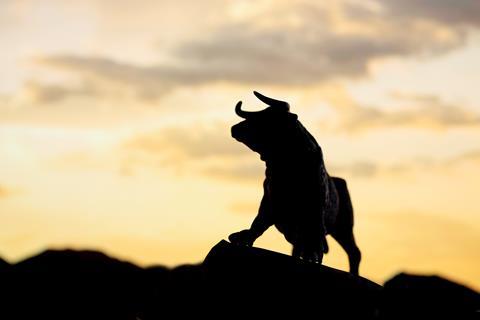 From January 1 to the end of June, Christie & Co sold a retail business every single working day. Steve Rodell, managing director of retail at Christie & Co, says: “We really could not have predicted back in March 2020 and throughout the rest of the year that we would be experiencing such a bull market this year.

“Buyer demand for our specialist retail sectors has never been stronger and over the past six months, sales of petrol filling stations and convenience stores reached the highest levels seen since 2017. Deals done comprised a good mix of independent and corporate sales, which contrasts with what the team has experienced over the past 10 years. Prior to the pandemic, most of the team’s activity has been centred on the independent market.”

Rodell says retirement remains the most prominent driver to sell a site, with 53% of vendors quoting this as the reason to sell. Corporate ‘churn’ also ramped up during the first half of the year, as some large multiples took advantage of the buoyant market to optimise value from sites in the tail end of their portfolios, that do not feature in ongoing investment decisions.

“We have also helped Ascona Group’s ongoing expansion plans, brokering their latest acquisition with the sale of Manordeilo Service Station in North Wales. Ascona has been rapidly growing their network over the last two years, purchasing several of their new sites through Christie & Co. Their portfolio now comprises 59 operational fuel and retail outlets across the UK.”

According to Barber Wadlow, activity within the forecourt property market was down 48% in 2020. However, its Forecourt Property Value Index recorded a 3% increase on 2019. Barber Wadlow director, Adam Wadlow, explains: “Transactional activity ground to a halt in April/May 2020, but deals did continue at a slow pace, with completions delayed until July/August when greater certainty returned to the market. A healthy trading landscape has been maintained into 2021, which has underpinned market demand. Barber Wadlow’s Forecourt Property Value Index’s 3% increase in values in 2020 was the ninth consecutive year of growth, and means the average forecourt value has increased by 84% since 2012.

“Wadlow anticipates a greater level of transactional activity this year, with the market expected to swell five-fold as a consequence of EG’s acquisition of the Asda forecourts (321 sites) and the subsequent CMA divestments (27 sites), as well as Applegreen’s proposed sale of its UK forecourts (98 sites).

Rodell says that traditionally, urban sites have received the most interest from buyers due to their high footfall. But the Christie retail team witnessed an increase in demand for ‘hotspot’ leisure destinations such as national parks and coastal resorts, possibly as investors looked to reap the likely boost in trade from the UK ‘staycation’ boom – something expected to continue considering travel restrictions.

Rodell continues: “The appetite among buyers is so strong, the current volume of businesses for sale is insufficient to satisfy the incredible demand from buyers. Sellers appear to be holding onto their assets to make the most of the prolonged period of sales growth amid the pandemic and this has made it challenging to bring new stock to the market.

“This is leading to competitive bidding, premium prices being achieved and a reduced period from offer acceptance to exchange of contracts as buyers are forced to perform or risk losing out.”

Rodell says the end of last year into quarter one of this year was a particularly challenging period for new borrowers and existing operators looking to fund new site acquisitions.

“This was primarily a result of capacity issues for lenders rather than liquidity or credit issues, as most banks struggled to deal with the volume of applications they were receiving. So, while 2020 and early 2021 were largely a blur of government-backed funding for existing operators via the CBILS and Bounce Back Loan Schemes, the end of Q1 and into Q2 has seen a gradual return to more ‘normal’ lending criteria.

“There is certainly a more cautious approach to lending at play than we have experienced previously, but we are beginning to see improvements in access to funding both for acquisitions and business investment.”

Rodell says a key change has been the return of several challenger banks which he believes can only be viewed as a positive as they deliver vital capacity to the market, as well as in some cases, a more flexible approach to lending.

Christie & Co dealt with the Project Ranger portfolio of eight sites across the North East, which attracted multiple offers, not only for individual sites but also on a group basis. In the end, seven sites were sold to one buyer and the eighth to another buyer