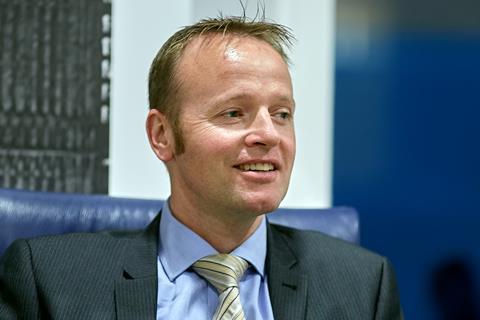 After a busy but enjoyable few weeks of industry events, punctuated by temperature-checks and lateral flow tests, I’ve had time to reflect on fuel retailers, suppliers and industry bodies’ general view of the looming 2030 Road to Zero government deadline, and what this means for petrol filling stations.

I suspect electric vehicle (EV) drivers will have been sniggering at the media-driven panic-buying of fuel recently. However, I’m convinced through our regular conversations with people across the industry that we are still a good couple of years away from a meaningful uptake of pure EVs – despite the best efforts of the media (and possibly the Government) to tell us that petrol stations are doomed! The stark reality is that the Government will have to price petrol and diesel cars off the road, as the Dutch Government has done in The Netherlands. There, a raft of driver incentives means the uptake of pure battery EVs is around 21% versus 6.6% in the UK. It will be a politically unpopular decision if this happens in the UK but one that Greta Thunberg would no doubt approve of. Can you see this happening?

Former British motorcycle racer turned TV presenter Guy Martin recently modified a 50-year-old Beetle, installing a Tesla motor among other upgrades, in an attempt to create the world’s fastest electric car, and shone a light on another important message. The Channel 4 programme was delivered in the usual informative and entertaining Guy Martin style. However, his long and expensive journey to John O’Groats using a brand new EV highlighted the challenges around taking longer trips. He concluded that mass adoption of EVs is still a couple of years away for anyone travelling long distances. Although he was impressed by the new cars being offered by manufacturers, the reality is they will remain impractical for those travelling regular long distances until the rapid-charging network is significantly improved. For most they remain cost-prohibitive.

At the recent ReFuelForum UK 2021 conference, the topic of electric vehicles was high on the agenda. One principal debate: ’From Grid to Forecourt’ explored the potential integration of EVs and how petrol filling stations might play their part (if any) in this transition. The fundamental takeaway from this session was that to play any meaningful part, existing forecourts will need multiple rapid chargers to attract profitable custom. Tech-savvy EV drivers will simply default to the nearest rapid-charging facility their chosen app takes them to, which is likely to be a specifically-designed and built EV charging facility, hotel, restaurant, retail park, supermarket or anywhere else convenient that has installed rapid chargers, and where they can ‘grab and go’ or dwell comfortably. Let’s face it, most short-distance EV drivers will recharge overnight at home or work.

During this debate a new project titled ’Project Rapid’ was mentioned, notably in a room of independent petrol retailers who control most sites in the UK. A National Grid representative included on the panel and one of his co-panellists helpfully explained with some prodding from the audience that such facilities will only be financially and practically viable where there is a high-voltage power supply available close by. This generally means within around 2km of a substation.

The lucky few who happen to be close enough to such a high-voltage power supply (and able to tap into it at a reasonable cost) should indeed investigate the viability of being part of the revolution. However, they will need to have enough land to create rapid-charging bays, be close to or on the trunk road network and be able to make a financial case to deploy the significant capital expenditure required. Meeting all these criteria will be like aligning the holes in a Swiss cheese block!

My prediction is that most UK sites won’t be suitable. So, retailers must ask themselves whether they are capable of being part of this future rapid charging network, and if not simply focus on adapting their shop/food-to-go offer as best they can.

This question was raised in a second debate discussing what the future looks like for PFS operators, and what the options are.

Despite the media headlines claiming vast percentage increases in EV sales, the absolute number of vehicles sold, according to the SMMT, remains tiny when compared to the 32 million cars out there. It will take many years - I suspect well beyond 2030 - for the current UK ‘car park’ to reach the point where retailers’ profit from fuel sales drops off significantly.

There will be an unpredictable period of time when retailers will happily supply petrol or diesel to the ICE vehicles. Who knows, by then hydrogen-powered electric vehicles might have become a credible affordable alternative?

Retailers who cannot justify installing rapid charging will need to make a big decision over the long-term future of their business: either commit to significantly changing the emphasis of profit towards non-fuel retail trade or consider exiting the business. Petrol stations are on the whole in convenient locations and, as such, will continue in most instances to have some level of real estate value. What that is will depend on profitability, alternative use values and the pool of hypothetical buyers for such property at any given time. In other words, very hard to predict!

The immediate future suggests a high-quality convenience offer with food services and maybe even car washing would be a sensible direction in which to head.

Alternatively, an exit from the business while there remains significant demand and buoyant pricing for petrol filling stations should be explored if circumstances dictate. Every business and property is unique, so in the same way each operator will need to assess the suitability of becoming a rapid-charging location, operators should also consider what their business is currently worth in order to inform their decisions on which way to go, which is something our team of expert retail brokers at Christie & Co can help with. There remains significant demand for petrol filling stations, with sales at their highest volumes to date, and we currently see no sign of that letting up.

My money (if I had enough to invest) would be on hydrogen. Significant investment is being made into powering ships, trains and industry using this fuel, so surely the next step is personal transportation?