At this time of year, many consumers are usually attempting ‘Dry January’ or ‘Veganuary’ but, given the current circumstances, you wonder if as many will be bothered. 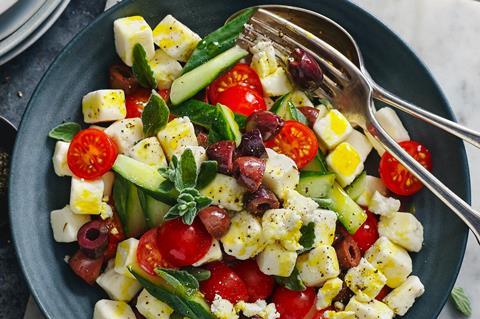 At this time of year, many consumers are usually attempting ‘Dry January’ or ‘Veganuary’ but, given the current circumstances, you wonder if as many will be bothered.

According to Alcohol Change, the charity behind the Dry January campaign, one in 10 drinkers said they planned to take on the challenge this month. That means switching out a bottle of beer or glass of wine for a non-alcoholic version or a soft drink. With the national lockdown under way, and bars and pubs all closed, the situation could help some people take a break from drink however spending more time at home, worries over job security and home-schooling may have others reaching for the bottle.

According to Forecourt Trader’s sister magazine, The Grocer, lager, wine, spirits and cider were big sales winners in last year’s lockdowns. In The Grocer’s Top Products Survey, which used data from Nielsen’s Scantrack service, the aforementioned booze categories all saw growth in the 52 weeks to September 5, 2020. With pubs shut, leading lager brand Stella Artois sold an extra 36.6 million litres, worth nearly £105m in value, while Budweiser sales were up by nearly £74m and Corona (despite its rather ‘unfortunate’ name) added £68m-worth of sales. The question is whether these spending patterns will continue during this latest national lockdown.

You might wonder too whether people will have the stomach for Veganuary. That said, the organisers say that this year they have hit a record-breaking number of sign-ups with 500,000 people saying they’ll go vegan for a month.

This is interesting given that The Grocer’s research found that meat sales were up by £439m in the year to September 5, 2020, driven by sales of sausages, bacon and marinaded meats.

Sausages and bacon benefited from an increase in cooked breakfasts and hot sarnies, with an extra 40 million packets of sausages sold and an extra 26 million packs of bacon sold. You have to ask whether die-hard meat fans will forego their bacon sarnies for a meat-free alternative?

However, The Grocer’s survey found that meat-free sales were up nearly 30% in the 52 weeks to September 5, with Quorn leading the field so there’s obviously a lot of people out there willing to give meat-free a go. And the supermarkets are betting on Veganuary with many having dedicated web pages and meal plans. Morrisons, for example, has launched a £25 Veganuary Essentials box.

Finally, while the Dry January and Veganuary campaigns push for more healthy lifestyles, at the other end of the scale, a really big winner of last year’s lockdowns was the tobacco category, where sales of cigarettes and roll-your-own (RYO) tobacco rose by more than £970m. One of the main reasons for this was the huge fall in overseas holidays as well as a continued crackdown on the illicit trade. In cigarettes, Benson & Hedges enjoyed a sales rise of more than 14% while in RYO, Amber Leaf sales were up by over 18%. You could say that some people’s healthy intentions went up in smoke!