LEGAL: What is your solicitor on about? A guide to ‘legalese’.

Do you understand what your solicitor is talking about? Our ‘legal doctor’ Robert Botkai discusses lawyers and ‘legalese’. This article will try to break down some of these confusing terms. 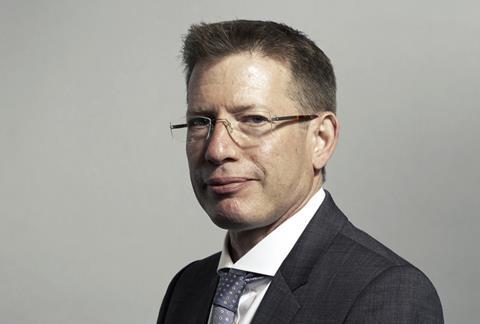 One of the things that makes legal language hardest to understand is its unusual words and terms. These confusing legal terms are known as ‘legalese’; a language in and of itself, that is used by those in the legal sphere.

Where do we find legalese?

We can find legalese used everywhere, but most often we see it in the following: judge’s decisions; formal letters and emails; legal documents; court documents; and from non-lawyers who are trying to sound like a lawyer.

Why is legalese bad?

Firstly, legalese is lazy writing. Using complex legal language and Latin phrases is what lawyers have picked up during law school, rather than something they have chosen to actually use. Secondly, legalese is hard to read. Clients can find it difficult to follow a lawyer’s reasoning if they use confusing legal language.

Balance of probabilities: This is the standard of proof in civil cases. Essentially, the party that produces an argument that is most probably true (ie more likely than not) will be successful.

Best endeavours: This is the most demanding obligation. It does not impose a strict obligation but is an obligation to take all steps that a prudent and determined person acting in their interests and desiring the result would take. .

Damages: This is the amount of money awarded by the court to compensate a claimant who has suffered loss or damage as a result of a wrong committed by the defendant.

De Facto: This is a Latin term which means “in fact” or “actually”. It means that something exists in fact but not as a matter of law.

Forfeiture: Forfeiture or re-entry is the landlord’s right to terminate a lease where the tenant is in breach of any of its obligations, or on the occurrence of certain events specified in the lease such as the tenant’s insolvency.

Hearsay: Colloquially this term refers to gossip. However, in the court hearsay refers to a statement about evidence supporting a matter that is made out of court. In most courts, hearsay evidence is inadmissible.

Inter alia: This is a Latin term which means “among other things”. It means to specify one example out of many possibilities. For example: “The judge said, inter alia, that the time to file the action had passed”.

Mutatis mutandis: This means “with the necessary changes” and occasionally appears in contracts. For example, you have written a large clause in the contract and now want to repeat the entire thing for a different party in the same contract, you would say “Clause 10.1 applies, mutatis mutandis, to Party B”.

Nemo dat quod non habet: This means you can’t sell what you don’t own and used to be a basic principle of property law.

Part 36 offers: Part 36 of the Civil Procedure Rules is a self-contained set of rules designed to encourage both the claimant and the defendant to settle the claim outside the court.

Prima facie: This is a Latin term used to describe something that appears on the face of it to be true.

Quantum: The amount of damages that are awarded to a successful party in a claim.

Reasonable endeavours: This is the least demanding obligation and considerably less onerous than “best endeavours”.

Service: The formal delivery of litigation documents to give the opposing litigant notice of the suit against them.

Subject to contract: This means that the parties are still negotiating and have not yet reached a final, binding agreement.

Without prejudice: This rule allows parties to speak freely, secure in the knowledge that any admissions they might have made may not be used against them should settlement discussions fail.

With respect: This is a formal way of saying what something relates to, often used in court. However, it is often a code for “you are talking nonsense”. Readers may have come across other legalese. Feel free to send them to me for translation!