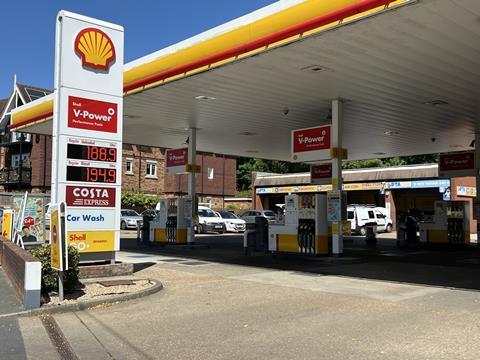 The ACS has advised the Competition and Markets Authority (CMA) that it should take into consideration the UK Government’s Net Zero targets and their impact on the road fuel market, as it embarks on its market study into fuel pricing.

In its evidence submitted to the CMA, the ACS points out that the target to ban the sale of petrol and diesel vehicles by 2035 will impact fuel retailers in the long term.

It said: ”These policy targets also require retailers to make large investments in different power and mobility infrastructure such as EV charging points.

”Global factors have been the most significant immediate influence on inflated fuel prices this year and they are likely to remain dominant in the future. Geopolitical relations, such as those between Russia and the West, have had a detrimental affect on the global oil supply. Furthermore, Western environmental commitments have led to a lack of investment in oil refining capacity.”

The ACS demonstrated how it has been global factors affecting the wholesale price of fuel that has driven up pump prices: ”Whereas the retailer margin makes up just 0-4% of these prices,” stressed the ACS. ”Retailers have only a minor part to play in the price of road fuel and it is important that the CMA reflects on this point going forward.”

The market study announced last month, followed a quick review ordered by Business Secretary Kwasi Kwarteng in June, which was requested after the price of petrol and diesel had increased by more than 60ppl in the previous 12 months.

The market study is focusing on what the CMA sees as the two main factors affecting the increase in the fuel price:

One area of concern raised ahead of the review by campaigners focused on whether the 5p cut in fuel duty on March 23 was passed on to customers. In the publication of its review, the CMA state that they see ‘no evidence… that retailers in aggregate have profited from failing to pass on the duty cut’, noting that there were price reductions in fuel from supermarkets, company operated sites, and independent forecourts alike.

The CMA’s initial findings are expected in the Autumn, with a decision due to be taken on whether to make a further market investigation by January 7, 2023. The deadline for the final review report is July 7, 2023.

ACS chief executive James Lowman said: “We welcome this follow up review into the fuel market, which is examining the key drivers of price changes that are ultimately outside of retailers’ control. We will continue to engage with the CMA through the process of their formal market study into the fuel market”.

ACS has published a brief explainer document on the elements that make up the price of fuel and recent market trends, which is available here.

ACS’ full submission to the CMA is available here.