Hydrogen vehicles to exceed one million globally by 2027, and are necessary EV alternative, says new study 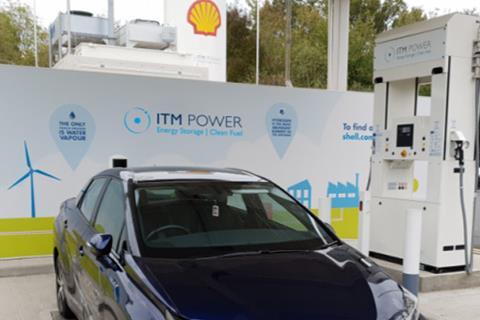 The number of hydrogen vehicles in service globally will exceed one million in 2027, from just over 60,000 in 2022, according to a new study.

The report by Juniper Research, which provides analytical services to the global hi-tech communications sector, identified hydrogen vehicles as an increasingly viable alternative to battery electric vehicles (BEVs). It found that the potential for enhanced range and rapid refuelling compared favourably with BEVs, reducing customer anxieties around BEV ownership.

The report says the limitations of EVs are highlighted by the existence of hybrid vehicles in many commercial sectors. Buses, trains, and trucks are widely available as diesel-electric hybrids; proving that based on current technology, EVs are not up to the task of providing a mass transit solution.

Additionally, hydrogen is being touted as an alternative to EVs because EVs use large, heavy, expensive batteries that require rare earth metals such as cobalt, nickel, and lithium. As much as hydrogen requires platinum in the production process, it is needed only in production centres and in minimum quantities. Research on finding an alternative to platinum is also at an advanced stage.

Juniper Research defines hydrogen vehicles as vehicles that use hydrogen propulsion systems as their onboard fuel. The chemical energy of hydrogen and oxygen reacts with the fuel cell and converts the energy to electricity.

The rare metals used in EVs are required for every EV battery, says the report. The advantages hydrogen vehicles have over electric vehicles include:

• Hydrogen can be pumped using the existing network of petrol stations.

• Hydrogen vehicles can achieve longer distances because they densely pack their energy storage.

• Filling up a hydrogen vehicle takes a few minutes compared to EVs, which take eight hours.

The report claims that major vehicle manufacturers, including BMW and Audi, believe that a change in the political atmosphere could favour hydrogen vehicles over EVs. They are presently developing hydrogen fuel cell passenger vehicle prototypes in addition to their battery cars, as part of preparations to phase out fossil fuels.

Before this, Japanese carmakers Toyota, Nissan, Honda, and South Korea’s Hyundai were the only manufacturers developing and pushing for hydrogen fuel cell cars for years. Moreover, China is expanding its hydrogen fuelling infrastructure, and the EU wants to build more hydrogen fuelling stations for commercial vehicles. The future of hydrogen vehicles is expected to be expansive based on the latest developments

The research forecasts that the consumer market will lead the hydrogen vehicles space, with consumer vehicles accounting for over 60% of hydrogen vehicles in service globally in 2027. The report identified the nascent development stage of many commercial vehicle types and the high average cost of hydrogen‑powered commercial vehicles, at over $70,000 globally in 2022, as key factors limiting adoption.

Additionally, the report identified the low availability of fuelling infrastructure as a key challenge for wider adoption, but highlighted heavy industry investment as key to reducing this concern over the next five years. The report recommends that infrastructure vendors provide ‘green’ hydrogen, produced using renewable energy sources, to best take advantage of concerns around the environment driving the adoption of alternative fuels.

Download the Free Whitepaper: Why Hydrogen Vehicles Are Ready for the Mainstream