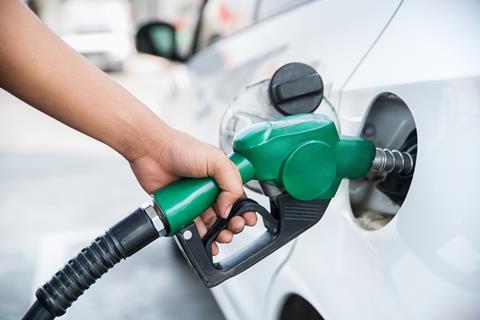 The RAC is calling on the big four supermarkets to cut their petrol prices to reflect a reduction in oil prices and wholesale costs.

Both petrol and diesel prices hit new record highs on Tuesday – with the average price of petrol climbing to 189.33ppl and diesel at 197.11ppl ­– meaning it would cost more than £104 to fill the 55-litre fuel tank of a family car with petrol, and a full tank of diesel would cost £108.41.

But while there is still upward pressure on diesel prices, the RAC suggested that petrol prices should have reached their peak.

RAC fuel spokesman Simon Williams said: “With the oil price falling and wholesale costs down over the past week, pressure is mounting on the biggest retailers to turn the tide and put petrol pump prices into reverse.

“It now seems we’ve reached the current petrol peak, so we expect to see the big four supermarkets start to cut their prices. As they dominate UK fuel retailing this should lead to others reducing their prices too which will benefit drivers everywhere.

“The situation with diesel is different unfortunately as wholesale prices last week still put it on course to move closer towards an average of £2 a litre. If, however, oil continues to trade lower it could just prevent this from becoming a reality.”

Last week the RAC called on the government to temporarily lower VAT on fuel, and make a further cut in fuel duty, saying the rise in VAT takings since March was now more than cancelling out the fuel duty cut made in the chancellor’s spring statement.