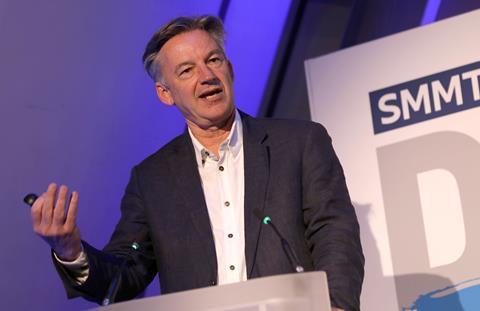 The Society of Motor Manufacturers and Traders (SMMT) has called on the government to commit to significant long-term incentives for electric vehicle (EV) purchase as well as binding targets on charging infrastructure, as a new survey suggests almost half of UK motorists don’t feel ready to make the switch by 2035.

The new survey by Savanta ComRes confirms keen interest from consumers in this technology with drivers most attracted to the lower running costs (41%) and chance to improve the environment (29%). However, while these cars now account for one in six models on sale (17%), they make up just one in 13 purchases (8%). The survey found the biggest factors holding buyers back are higher purchase prices (52%), lack of local charging points (44%) and fear of being caught short on longer journeys (38%). While, a third (37%) are optimistic about buying a full EV by 2025, 44% don’t think they’ll be ready by 2035, with 24% saying that they can’t ever see themselves owning one.

Despite these reservations, most barriers can be overcome with the right strategy according to the SMMT, which is calling for a long-term commitment to incentives, including the continuation of the Plug-in Grant and its re-introduction for plug-in hybrids – a technology critical to the transition, giving higher mileage drivers reassuring flexibility and delivering environmental benefits now.

The SMMT believes this commitment, alongside VAT exemptions for all zero emission capable cars, would reduce the upfront price of a family car by an average £5,500 for battery electric cars and £4,750 for plug-in hybrids, and for an SUV by £9,750 and £8,000, bringing them more in line with petrol and diesel equivalents. It would also potentially drive some 2.4 million sales over the next five years, with an estimated 28% market share by 2025 compared with 8% today.

Extensive analysis by SMMT and Frost and Sullivan also shows that a full, zero emission-capable UK new car market will require 1.7 million public charge points by the end of the decade and 2.8 million by 2035. As there are 19,314 on-street charge points today, Mike Hawes, SMMT chief executive, stressed that the task was massive, needing 507 on-street chargers to be installed per day until 2035 at a cost of £16.7 billion.

“Car makers are leading the charge to zero emission motoring, with massive investment in new models fueling huge consumer interest but they can’t transform the market alone,” said Hawes. “To give consumers confidence to take the leap into these technologies, we need government and other sectors to step up and match manufacturers’ commitment by investing in the incentives and infrastructure needed to power our electric future.

“Manufacturers are working hard to make zero and ultra-low emissions the norm and are committed to working with government to accelerate the shift to net zero – but obstacles remain. Until these vehicles are as affordable to buy and as easy to own and operate as conventional cars, we risk the UK being in the slow lane, undermining industry investment and holding back progress.”

He said the government has already taken significant steps to support the emerging EV market, with purchase grants worth more than £1.7 billion having been paid out or budgets earmarked from 2011 to 2023, alongside £500 million committed to the Project Rapid motorway charging network and a £200 million investment fund for public charging network expansion.

However, while welcome, he stressed this was a fraction of what is needed to meet ambitious targets, and called for all stakeholders to work together to develop a truly accessible, national network that serves the needs of all road users. SMMT is therefore calling for a national, multi-sector strategy led by government but with binding infrastructure targets, delivered by local authorities, charging providers and energy companies.

SMMT figures show EVs are growing in popularity, with demand more than doubling over the past year following massive industry investment worth some £54 billion in 2019 alone. Over the past 12 months, the number of plug-in hybrid and full electric models has leapt from 62 to 83, with more scheduled for launch in the coming months. Consumers can now choose from a raft of technologies to suit their driving needs, from plug-in hybrids capable of an average 38 miles’ zero emission driving on a single charge, to full electric models with ranges of up to 300 miles, and hydrogen-electric cars that emit nothing but water.

The call for more government incentives for EV purchases was made as more than 20 leading car brands came together at a special EV driving event to highlight the growing range of exciting new technologies already on the market, demonstrating the industry’s commitment to getting Britain’s motorists on the road to zero.

The vast range of zero emission-capable vehicles currently available to UK buyers was on display at the event, hosted at one of the world’s major vehicle test track and development facilities, Millbrook Proving Ground in Bedfordshire. SMMT Drive Zero brought together more than 20 car and van brands, as well as consumers, politicians, government officials and media all keen to get into the latest EV models.

From flexible plug-in hybrids, to full battery electric and hydrogen fuel cell electric vehicles, guests were able to put models in all shapes and sizes, including city run-arounds and family hatches, SUVs, saloons and sports cars, through their paces.