MONEY TALK: No memorable headlines in the latest Budget

Budget 2021: There were no really memorable headlines but given the circumstances, surely that was understandable? 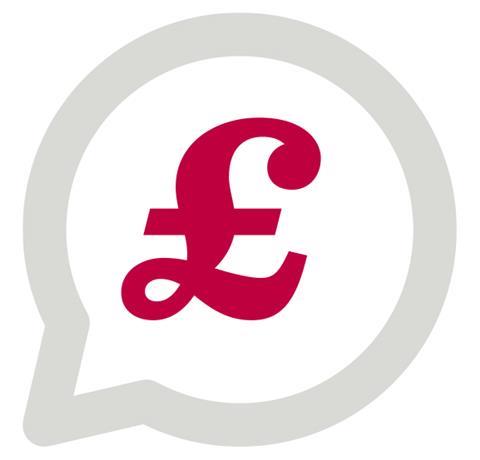 Perhaps we all expected a bit too much. After all, as we get into Year Two of the Covid crisis, clearly ‘normality’ hasn’t returned yet – and may still be quite some way down the road. Under these circumstances, and with the damage to the UK economy already greater than anything seen since 1945, it’s not unreasonable that the Chancellor really couldn’t bring himself to announce anything too radical in his March Budget.

For example, rather than the fundamental change to business rates which almost all physical businesses have been crying out for, all we got was that the current relief for eligible retail/hospitality/leisure businesses would continue at 100% until June 30, 2021, dropping to 66% for the period from July 1, 2021 through to March 31, 2022 – and even that is capped at a maximum of £2m per business that was closed on January 5 this year, and £105,000 per business for other eligible properties.

In terms of other support measures, it was pretty much carry on for a bit longer. Last year many businesses took advantage of deferring their VAT payments that would have been due between March and June (2020) until March 31 this year. Rather than having to repay them all in one go, they can now defer them a little longer – split into 11 equal payments. Likewise, the Coronavirus Job Retention Scheme (CJRS) has been extended until the end of September 2021; employees will continue to receive 80% of their salaries for hours not worked, but employers will be expected to start contributions of 10% in July, followed by 20% in August and September.

The new bits of support for businesses that have been closed include ‘Restart Grants’ of up to £6,000 per premises for non-essential retail businesses and up to £18,000 per premises for businesses in the hospitality, leisure and personal care sector. The Budget also included the announcement of a further Business Recovery Loan Scheme starting from April 6 and running until December 31 this year. This isn’t quite as simple as the Bounce Back Loan scheme that many businesses took advantage of last year. The new scheme is based around all sorts of regular financial lending packages – which will include interest and fees payable by the borrower from the outset. The ‘support’ part of this is that the government will give the lender an 80% guarantee for eligible loans between £25,000 and £10m. The lender will still be expected to undertake regular credit and fraud checks, so these may not be very quick hand-outs.

As for the petrol retailing industry, there was almost nothing new in the Budget, although we were at least spared the problems of the multiple VAT rate scenario that is supposed to help the tourism and hospitality sector: 5% until September 30, 2021 followed by 12.5% for the subsequent six months to 31st March 31, 2022. Whether that really makes much difference to the intended sectors is debatable, but it will certainly create some work for software developers and accountants dealing with those businesses.

As expected, apart from the usual increase in tobacco duty, there were no changes to either alcohol or fuel duty. The latter may have come as something of a surprise since the green lobby was calling for an increase, but given what’s already happened to petrol and diesel prices over the last few months, perhaps the Chancellor was reluctant to push up the inflation figures any more than they were already going to go.

On the tax front all of the headline announcements were delayed action: corporation tax on profits of over £250,000 will rise to 25% – but not until April 2023. Personal allowances will rise to £12,750 from April 1 this year, but then will be frozen at that level until April 2026. Likewise, the increase of the higher rate threshold to £50,270 goes ahead but will again then be frozen until the same date – so the real pain has been deferred for a year or two.

One Budget measure that escaped much attention was that the government is investing over £100m in a ‘Taxpayer Protection Taskforce’ consisting of 1,265 HMRC staff specifically to combat fraud related to Covid-19 support packages (including the CJRS and the Self-Employment Income Support Scheme) as well as apparently strengthening law enforcement for Bounce Back Loans. Whether or not that reduces the losses that are widely forecast from these schemes is another matter.

Taken as a whole then, the March Budget didn’t really create any memorable headlines. As we mentioned at the start, under the circumstances that is understandable. Over the last year we’ve seen several premature announcements of impending ‘normality’ that were quickly followed by reversals, and while there’s reason for some optimism arising from the success of the vaccination programme (so far) it might be sensible to leave any radical financial measures until at least the coming autumn.