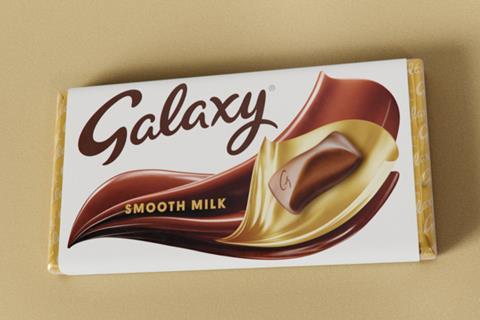 Mars Wrigley UK has unveiled a new TV campaign in support of the Galaxy brand’s new direction for 2021.

Underpinned by Makeba, the song by Grammy-nominated singer-songwriter Jain, a range of artists, animators and compositors used an array of animation techniques to create a production that brings Galaxy ’s new look to life in a visual package.

Ellyse O’Connor, Galaxy senior brand manager, said: “There won’t be many people in Britain who haven’t seen a Galaxy advert over the years. They have always served as great cultural markers of the time and have helped cement Galaxy chocolate into the hearts and minds of the British public. This beautiful new advert is no different and serves as further proof that the Galaxy brand never stands still.”

The Galaxy re-design was launched at the start of 2021 after a two-and-a-half-year development process.