A new report questions how the Chancellor is going to fix the black hole in his finances if income from fuel duty dries up. 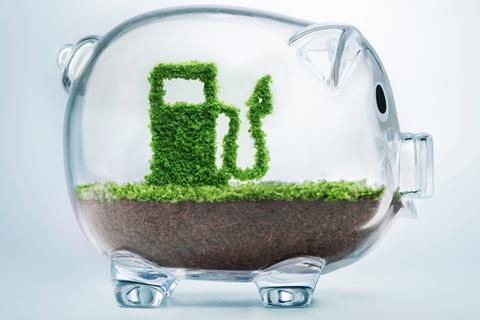 The Chancellor could face losing almost a third of the revenue he gets from fuel duty from cars before the end of the decade because of the move to green motoring, the RAC Foundation has warned.

However, the blow to the public finances – caused by the collapse in sales of new diesel cars and the growing popularity of EVs – is likely to be cushioned by a temporary rise in the revenue received from petrol cars.

The shortfall is roughly equivalent to what is spent annually on operating, maintaining and enhancing the nation’s motorways and major A-roads.

The RAC Foundation forecasts that the decline in income would be faster still if not for a short-term rise in the number of petrol and plug-in hybrid cars on the road caused by drivers switching away from diesels but not straight to EVs. This trend towards petrol could lead to the amount of fuel duty derived from the use of petrol-powered cars going up in the short term.

Steve Gooding, director of the RAC Foundation, said: “While we will all welcome a shift to greener driving, the sooner it happens the more pressing the dilemma for the Chancellor who faces a looming hole in the public finances.

“Currently, drivers of electric cars benefit from purchase subsidies and cheap running costs as ministers push to get more people to ditch fossil fuels. However, ministers must soon decide how and from where they are going to plug the fiscal hole electrification will inevitably cause.

“There are many imponderables in doing this kind of modelling, not least future changes in government policy and shifts in travel behaviour brought on by Covid. However, what’s indisputable is that income from the Chancellor’s favourite tax – simple and cheap to collect, and almost impossible to evade – is heading for terminal decline.”

If the Chancellor is not going to just take the hit to save the planet, and intends for motorists to make up the shortfall in some way, the RAC Foundation’s report examines some of the alternatives. One is simply to increase duty on internal combustion engine (ICE) fuels, and other motoring taxes such as vehicle excise duty. However, the current uproar over high motoring and domestic fuel prices suggests this would be a non-starter.

Road pricing, charging by distance, time and place is a fairer option, but the technology to carry it out is not yet available and would require an enormous IT project from a government with an appalling track record for such schemes. A third option, distance charging, is a simpler version of road pricing and does very much what fuel tax does now because the further you drive (or the more fuel you use), the more you pay. The technology to do this is already in use in a number of US states.

One way of introducing it could be that ICE cars continue to pay fuel duty while the technology in EVs is used to collect mileage and they pay on distance, but then this is loading a new charge onto already expensive EVs that the government wants people to buy. One way of keeping EVs attractive would be to unfreeze fuel duty, which hasn’t gone up since 2011, but that would be opening another can of worms.

So none of the options are attractive but the report urges the government to come up with a plan and stick to it because motorists, and the industry that supports them, need to be able to plan ahead. Gooding commented: “It could be that they choose to regard a drop in yield from motoring taxation as the price to be paid for saving the planet. That is all well and good but to give certainty to the individuals and businesses who buy the two million or so new cars sold in the UK annually that begs a conscious policy decision, communicated widely, not something we drift into by default.”

The concern over the lack of a plan is echoed by the PRA. Its executive director Gordon Balmer said: “The PRA is concerned that while the government is signposting a low-carbon future, the financial implications are yet to be addressed.

“The principle that road users should pay for the roads that they drive on is fair. Fuel duty ensures this happens because people pay more duty as they use more of the roads. The same principle should apply to the low-carbon future, which should be market-led.

“It is not yet clear which low-carbon fuels, hydrogen technologies or battery forms will emerge as the most environmentally friendly and efficient. Many PRA members are still hesitating on installing charging points as the business case is not yet there. Road-user charging could ensure the government remains neutral as far as the competition between technologies is concerned, while raising sufficient revenue to plug the gap in Exchequer funding caused by any future decline in fuel duty receipts.

“Without a sensible plan, where all road users pay for their upkeep, the burden will be borne by motorists who can’t afford to buy an EV, which is still more expensive than an ICE vehicle. Currently EV drivers are literally getting a ‘free ride’ as they pay domestic rate VAT on the electricity they use, no excise duty on fuel and no vehicle excise duty.”

The government’s vision for decarbonisation has faced scant opposition, but when it finally comes clean on how it plans to achieve it and pay for it, it is likely to face a far rockier ride.