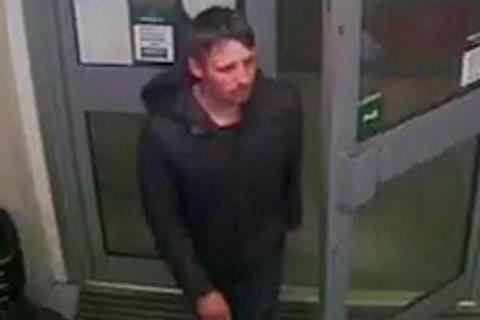 Detectives from Lancashire Police are appealing for help identifying a man they want to speak to following an armed robbery at a forecourt shop in Blackpool.

The incident occurred at around 4.45am on April 27th at the Esso petrol station on Collingwood Avenue, when a man entered the shop with a knife and threatened staff before making off with bottles of wine.

Enquiries are continuing and they have now released a CCTV image of a man they would like to speak to.

Detective constable Stu Kane, of Blackpool CID, said: “This was a scary incident for the staff in the shop at the time, and it has left them extremely shaken. Nobody should be threatened in this way while simply going about their work and we are determined to find the person responsible.