EV chargers on the ‘cusp’ of becoming more profitable than pumps, claims BP 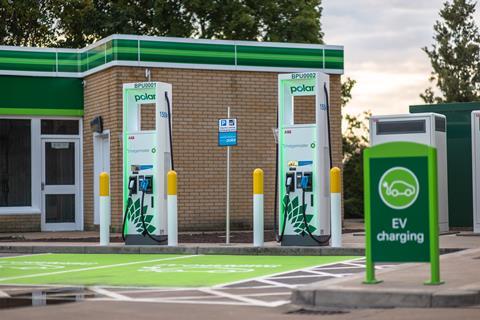 BP’s fast electric vehicle (EV) chargers are on the cusp of becoming more profitable than filling up a petrol car, the company’s head of customers and products Emma Delaney told Reuters.

The news agency said the milestone will mark a significant moment for BP which wants to shift away from oil and expand operations in power markets and around electric vehicles.

EV charging has for years been a loss-making business as a whole for BP and the division is not expected to turn profitable before 2025; but on a margin basis, BP’s fast battery charging points, which can replenish a battery within minutes, are nearing levels they see from filling up with petrol.

Delaney told Reuters the company was nearing a place where ”the business fundamentals on the fast charge are better than they are on the fuel”.

“Overall, we see a huge opportunity in fast charging for consumers and businesses, as well as fleet services more generally - that’s where we see the growth, and where we see the margins,” said Delaney.

In 2020 BP reported a gross margins for retail fuel sales of $3.5 billion. Its customers and products division made $2.6 billion in net profit in the first nine months of 2021, around 17% of the company’s total profit.

The company also said that electricity sales for EV charging grew 45% in the third quarter of 2021 from the previous quarter. It plans to grow its EV charging business in the coming years to 70,000 charging points by 2030 from 11,000 now.