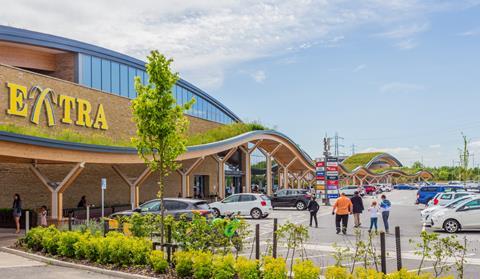 One of the UK’s largest motorway service area operator Extra MSA Group has been sold to a consortium of institutional investors.

The operational MSA sites include Cobham on the M25, one of the largest MSAs in Europe, as well as the Beaconsfield M40, Leeds Skelton Lake M1, Peterborough A1(M), Cambridge A14 (M11), Baldock A1(M), Blackburn M65, Cullompton M5 and two dual-sided MSA fuel filling stations at Chesterfield M1 and Winchester M3. The development sites are at Amersham M25, Solihull M42 and Warrington M62.

Led by CEO Andrew Long, co-investor and a founder of the original business in 1992, Extra is one of the longest-standing developers and owners of MSA sites in the UK.

Under M3’s ownership Extra has developed the MSAs at Cobham on the M25 (2012) and Leeds Skelton Lake on the M1 (2020), and has assembled the pipeline of three MSA developments.

M3 will retain ownership of London Gateway Services, a site on the M1, 10 miles north west of the City of London.

The sale of Extra is M3’s second transaction in the sector within the past 12 months following the sale in November 2021 of the Ulysses portfolio of eight MSA sites which are operated by Welcome Break under long-term leases.

M3 acquired Extra and the Ulysses portfolio in two transactions from the receivers of LBG and RBS in 2010 and 2013.

The consortium that has bought Extra comprises European pension funds and other mid-market infrastructure investors. Its investment in Extra will be managed by an independent special-purpose vehicle.

M3 and Extra were advised on the sale of Extra by CBRE, Harris Williams, Mayer Brown and Shoosmiths. The consortium was advised by Evercore and White & Case. The financial details of the transaction are confidential.