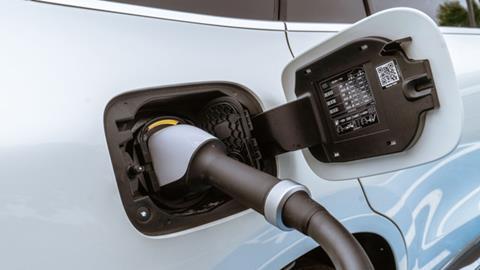 The Association of Fleet Professionals (AFP) is aiming to publish a national map showing street-by-street demand for electric vehicle kerbside charging by early in 2022.

Following the formation of its Kerbside Charging Group in October, the industry body is aiming to collate information gathered on around 160,000 potential and existing drivers.

The map can then be used by national and local government, as well as charging and electricity suppliers, to see where kerbside chargers are most urgently needed.

AFP chair Paul Hollick said: “It’s no exaggeration to say that the creation of the Kerbside Charging Group has created more interest than any other subject or campaign with which the AFP has become involved.

“Every day we are hearing from fleets, especially van fleets, that want to speed up the electrification of their operations but are being hampered by the problem of charging for drivers who do not have a drive or any other access to a charger.

“This is generally thought to be about 40% of drivers across all fleets but, when it comes to light commercial vehicles, we believe the figure to be nearer 70%. That means good availability of kerbside charging is essential if van electrification is going to be a success.”

“Together, this gives us information on potential and existing EV drivers but we are also keen to hear from other businesses who are not currently AFP members in order to include their information.

“Our plan is to be able to create a map early in the New Year that will show on a street-by-street basis where kerbside charging is required. This will be a crucial tool when it comes to making fleet electrification happen faster.”