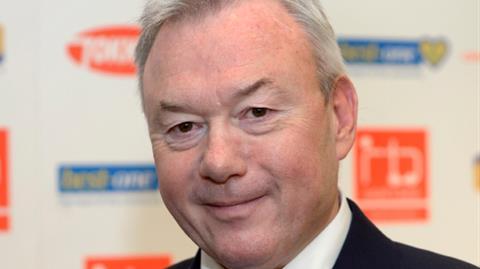 The PRA has warned that the government’s latest transport decarbonisation strategy threatens to pile costs on drivers of internal combustion engine (ICE) vehicles while EV owners get a “free ride”, and has called for the introduction of road user charging.

It said the flaw in the Decarbonising Transport report published this week was that the financial implication of a low-carbon future were not being addressed.

PRA executive director Gordon Balmer explained: “The principle that road users should pay for the roads that they drive on is fair. Fuel duty ensures this happens because people pay more duty as they use more of the roads. The same principle should apply to the low carbon future, which should be market-led.

“It is not yet clear which low carbon fuels, hydrogen technologies or battery forms will emerge as the most environmentally friendly and efficient. Many PRA members are still hesitating on installing charging points as the business case is not yet there.

“Road user charging could ensure the government remains neutral as far as the competition between technologies is concerned, while raising sufficient revenue to plug the gap in Exchequer funding caused by any future decline in fuel duty receipts.

“Without a sensible plan where all road users pay for their upkeep, the burden will be borne by motorists who can’t afford to buy an EV, which is still more expensive than an ICE vehicle. Currently EV drivers are literally getting a ‘free ride’ as they pay domestic rate VAT on the electricity they use, no excise duty on fuel and no vehicle excise duty.”

The Association of Convenience Stores (ACS) welcomed the report but said the government still needed to address issues which were discouraging the owners of forecourts and other c-stores from investing in EV charging facilities.

ACS chief executive James Lowman said: “Convenience stores, especially those operating on petrol forecourts, have an important role to play in the electric vehicle charging roll-out but there are still significant barriers for stores looking to invest in this service offering.

“The pace of change in electric charging solutions is extremely fast, leading a lot of retailers to take a ‘wait and see’ approach instead of investing in something that could be obsolete in a few years’ time.

“We welcome the government’s acknowledgement of some of the barriers to the EV rollout, and will continue to work with the Department for Transport (DfT) to find the right balance of EV charging provision in our sector.”

The report also contained changes to the Renewable Transport Fuels Obligation (RTFO), which will mean a steady increase in renewable fuel content blended in fuels throughout the 2020s.

UKPIA said it supported these changes and it also welcomed the announcement by DfT to develop a strategy for low carbon fuels.

“Recognition by the DfT of the significant role that low carbon fuels will and must play in the decarbonisation of transport is welcomed. With the announcement of a much-needed strategy for low carbon fuels, this feels like a watershed moment for the future of low carbon fuels in this country and we look forward to working with DfT on the strategy’s development.

“UKPIA and its members know that a range of technologies – including EVs, hydrogen and low carbon liquid fuels – have a major role to play in the future of transport provision. We will continue to work in partnership with the UK government to ensure that policies support an efficient and timely transition based on a full lifecycle assessment of decarbonisation options.”