RAC continues to attack retailers on fuel-price ‘profiteering’, despite clearance by CMA 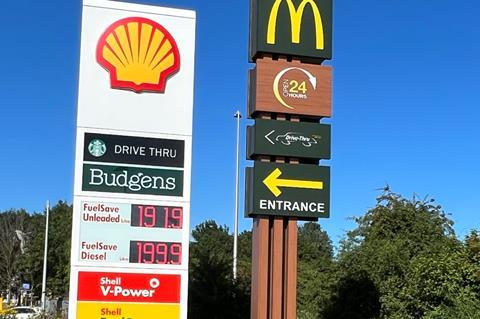 The RAC has continued its attack on the fuel retailing sector, describing the recent  ”fractional falls” in pump prices, when wholesale prices had ”plummeted”, as an ”irremovable stain on major retailers’ reputations”.

The onslaught came as the Competition and Markets Authority (CMA) last week cleared retailers of profiteering, following a quick review of the road fuel market.

However the CMA has now ordered a market study that will examine the road fuel market in more depth as it revealed “cause for concern in the growing gap between the price of crude oil when it enters refineries, and the wholesale price when it leaves refineries as petrol or diesel”.

An interim update will be published in the autumn.

The independent retailing fraternity has long been exasperated by the RAC’s comments on retailer profiteering; and the PRA has taken time to explain to the government, media and motoring organisations exactly how prices at the pumps are reached.

Last week PRA executive director Gordon Balmer said the CMA report exonerated petrol retailers “and leaves unanswered questions about the extent to which these critics understand the retail fuel market at all”.

“We hope the CMA’s market investigation will lead to a more grown-up debate about how to achieve the best prices for drivers.”

This morning, just days later, RAC fuel spokesman Simon Williams said: “Fractional falls of under a penny a litre in the average price of both petrol and diesel over the course of a week when wholesale prices have plummeted are an irremovable stain on major retailers’ reputations.

“It’s frightening to think this is going on under the nose of the CMA. Whatever the situation is with the issue it has identified with refining margins, there is still a wholesale price and a retail price – and the gap in between is retailer margin. When this grows significantly, it should always be a cause for concern as it’s a sign drivers are being taken for a ride.

“Just this weekend there have been queues to buy more fairly priced fuel at wholesaler Costco in Manchester and a major supermarket running a fuel discount promotion – both signs that petrol and diesel are substantially overpriced.

“Independent retailers’ claims that the CMA’s report ‘exonerated’ them is interesting to say the least when recent analysis of wholesale and average retail price data tells a very different story.

“The weekly wholesale price of petrol has fallen by 12ppl over the last six weeks. Last week it averaged just 140.5ppl so it’s very wrong that drivers are still paying 190.65ppl across the UK. When factoring in a generous 10ppl retailer margin and 20% VAT the cost of a litre should be around 181ppl. While the CMA’s review concluded that retailer margins are only a relatively small component of the pump price at around 10ppl, it’s worrying to see margins are currently averaging closer to 15ppl.”