A decade to recoup cost of EV purchase is putting motorists off making the switch, says Which? 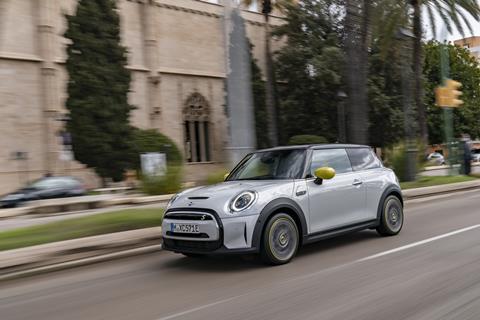 The Mini EV is almost £10,000 more expensive - even with the government’s low-emission vehicles grant - than the Mini One

Motorists are being put off switching from petrol to electric vehicles by the upfront costs, according to Which? research, as new analysis from the consumer champion reveals it could take drivers up to a decade to recoup their extra initial outlay.

As the government’s ban on the sale of new petrol and diesel vehicles from 2030 edges closer, consumers are being encouraged to switch to electric vehicles.

However, a recent Which? survey found that while two in five (41%) consumers are open to switching to electric cars, around a third (34%) said they were put off by the upfront cost.

Which? analysed the cost of owning three vehicles that are available as petrol and electric versions – both the upfront cost and running expenses – and found that despite the potential low-running cost of electric vehicles, it was still significantly more expensive to own the electric version over three years.

It found that at £26,000, the Mini EV is almost £10,000 more expensive even with the government’s low-emission vehicles grant than the Mini One, which costs £16,605. Although the Mini One and Mini EV are not fully like-for-like, with the latter boasting superior equipment and performance, they both represent the cheapest petrol and electric models from the brand.

Taking into account tax breaks and lower fuel and servicing costs, Which? found the cost of running the Mini EV over three years stood at £1,827 compared to £4,418 for the Mini One – a £2,591 difference. Which? calculated it would take just over a decade to recoup the almost £10,000 upfront price difference between the two models.

It was a similar story when Which? analysed the cost of owning the petrol and electric versions of two Peugeot models.

While it is cheaper to run the electric version over three years, overall it is more expensive to own due to the high upfront cost and it would take over eight years to compensate for the additional upfront cost of the electric Peugeot e-2008.

For the Peugeot e-208, the three-year running cost would be £1,849 compared to £4,395 for the Peugeot 1.2 Puretech 130 EAT8 – saving motorists £2,545. However, despite these savings Which? calculated it would take over six years to recoup the additional cost of the electric vehicle.

Referencing the Climate Change Committee’s forecast that 12 million electric cars are expected to be on UK roads by 2030; and the fact that petrol and diesel cars will start to disappear from the market in the next few years as some manufacturers will sell only electric cars from as early as 2025, Which? says it is clear more support is needed to help consumers make sustainable decisions.

It stresses that the mass adoption of electric cars is a key component of the government’s ambition to reach net-zero by 2050, however the high cost of emission-free vehicles is deterring consumers.

Lisa Barber, Which? Home Products and Service Editor, said: “Millions of people are expected to switch to electric cars over the next few years to reduce emissions, however our research shows that affordability is a significant barrier and the upfront cost of purchasing an electric vehicle is putting people off.

“We know consumers want to make more sustainable choices and are open to switching to electric vehicles, but more support is needed to ensure they can feasibly make the decision to buy an electric car.”