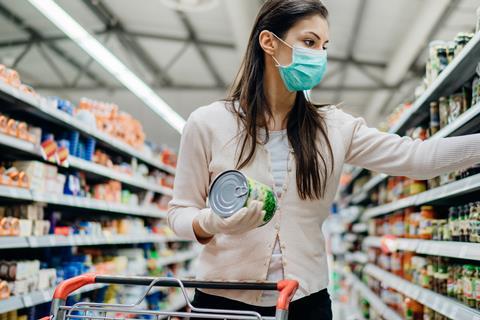 Confidence among food and grocery shoppers remained stable in August, with some uplift, according to the latest IGD Shopper Confidence Index.

The slight increase has been supported by the summer holidays and the Eat Out to Help Out Government scheme, with shoppers also benefiting from a general return to a sense of normality.

The Index revealed that shopper confidence remained relatively low at -7 in August, very slightly up on the previous month (-8 in July). Confidence temporarily increased to -5 over the Bank Holiday weekend, up from -9 at the start of the month, before levelling off by the end of August.

Simon Wainwright, director of Global Insight at IGD, said: “The Bank Holiday, Eat Out to Help Out scheme and holidays have helped support shopper confidence over the last month. As we enter a period of events, with Halloween, Bonfire Night and Christmas on the horizon, we would hope for a similar effect over the coming months.

“Overall shopper confidence is likely to remain fragile as unemployment levels rise and shoppers contend with the impact of an economic downturn in 2020. This will likely see an increased focus in savvy shopping behaviours from the shopper groups most affected, which businesses should consider for their 2021 planning.

“With many shoppers changing their behaviours and trying new things, there are some key opportunities for retailers and suppliers to target new at home key occasions, such as celebrations and evening meals.”.