UK businesses with substantial sales via credit and debit cards could recover credit card fees totalling millions of pounds, after a landmark decision by the Supreme Court. 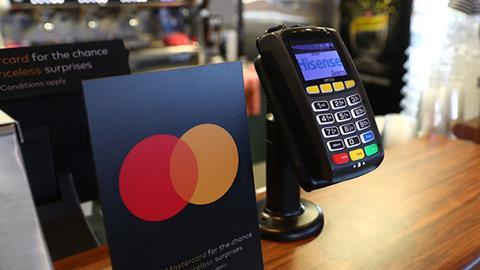 In a case brought by several of the major supermarkets the Supreme Court confirmed that the fixing of interchange fees by MasterCard and Visa over many years was an unlawful infringement of competition law.

Lawyer Kate Pollock, head of competition litigation at Maclay Murray & Spens, commented: “Following an exceptional four day hearing in the Supreme Court in the landmark interchange fee litigation, our clients (Asda, Argos and Morrisons) and we are delighted that the Supreme Court has found unequivocally in our clients’ favour and confirmed their long held view that the fixing of interchange fees by MasterCard and its network members over many years was an unlawful infringement of competition law.

“The Supreme Court’s definitive finding on liability means that our clients’ claims can now proceed to trial on the issue of the quantum of damages. They look forward to a swift resolution of the matter without further delay.”

Wayne Ashall, managing director of global payments consultancy CMSPI, commented: “After years of economic and legal battle, this is a ground-breaking triumph for the merchant community – with retailers operating in the UK now having the opportunity to lodge their own claims against high interchange rates. This would be extremely welcome news at any time: but after many retailers have suffered significant revenue damage through the COVID-19 pandemic, the potential for a substantial cash boost will be more welcome than ever.

“While the court’s legal ruling is clear, it’s now down to the Competition Appeal Tribunal to quantify the extent of merchants’ losses – and therefore the level of interchange that can now be reclaimed.

“Based on claims going back to 2013, the maximum pay-out for UK merchants could be an estimated €17bn if Visa and Mastercard fail to prove pass-through benefits.”