Tougher sentences for attacking a shopworker in the pipeline

The Home Office notified the National Retail Crime Steering Group, of which ACS is a member, that an amendment has been tabled which would make attacking a retail worker an aggravated offence, resulting in tougher sentencing for offenders. 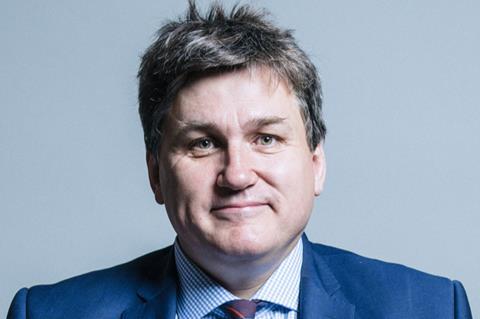 Policing minister Kit Malthouse has announced that the government will act to introduce tougher sentences for attacking a shopworker.

The Home Office notified the National Retail Crime Steering Group, of which ACS is a member, that an amendment has been tabled which would make attacking a retail worker an aggravated offence, resulting in tougher sentencing for offenders.

ACS chief executive James Lowman said: “We strongly welcome the tabling of this amendment, which the retail sector has been calling for over a number of years. It’s essential that the penalties for attacking a shopworker act as an effective deterrent.

“Introducing tougher sentences for those who attack people providing a service to the public, including shopworkers, marks a significant step forward, but it does not solve the problem by itself. We need to ensure that abuse is not seen as part of the job and that all incidents are reported, and in response, Police and Crime Commissioners must prioritise crimes committed against retailers and their colleagues. We must also put the right interventions in place to stop those with substance and alcohol dependencies from reoffending.”

Figures from the 2021 ACS Crime Report also show that there were over 1.1m incidents of theft over the last year, many of which committed by repeat offenders with a drug or alcohol addiction. The report also shows that there have been over 1.2m incidents of abuse over the last year, which often go unreported. There is a clear link between theft and abuse, with challenging shop thieves being one of the top triggers for escalating incidents of abuse and violence in store.

Polling conducted for the #ShopKind campaign shows that more than a third of consumers have witnessed violence and abuse against shopworkers.

The amendment is due to be debated during the Report stage of the Police, Crime, Sentencing and Courts Bill in the House of Lords, scheduled to take place later this month.