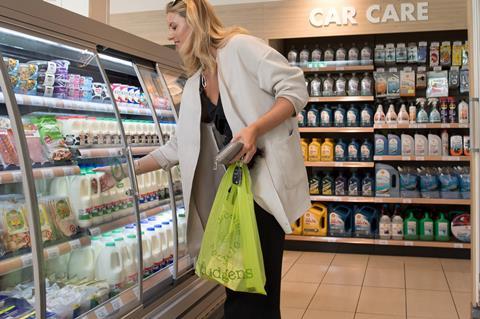 The Association of Convenience Stores has welcomed the extension of the plastic bag charge to include all retailers.

From April 2021 in England, the new minimum charge of 10p will apply to plastic bags in all stores regardless of the size of the business. Currently the charge is set at 5p, and only applies in stores with more than 250 employees. Wales and Scotland both have universal charging schemes.

ACS has been calling for the charge to be universal in England since before its introduction in 2015, citing the success of existing universal schemes in Wales and Scotland.

ACS chief executive James Lowman said: “Charging for plastic bags is a simple and effective policy that helps to raise money for local and environmental good causes, as well as drastically reducing the impact of plastic waste generated from bags. A universal charge will ensure that there is no confusion about which stores do and don’t have to take part, and is a popular measure with retailers. We will work with DEFRA on ensuring that the extension of the charge in April is communicated to both retailers and consumers.”

Figures from the ACS Voice of Local Shops survey show that around half of convenience stores already voluntarily charge for plastic bags.

The Government has suspended plastic bag charges for deliveries and click and collect until 21 September to help with health and safety issues and the speed of service during Covid-19.