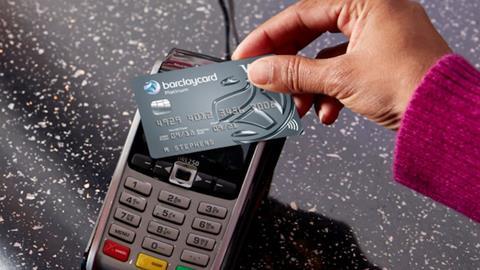 Working from home due to the pandemic led to the slowest rate of growth for consumer card spending on fuel for several months, according to the latest data from Barclaycard.

Consumer card spending grew 7.4% in January compared to the same period in 2020, which is the smallest uplift since April 2021; while spending on essential items grew 10.4%  - the smallest rise in nine months.

The slowdown in growth is largely attributed to fuel spend seeing its slowest rate of growth (6.7%) since October 2021, as Plan B Covid restrictions throughout most of January meant Brits travelled less and worked from home instead of commuting.

The fuel sector also only experienced 1.3% transaction growth, while supermarket spending saw its smallest rise (13.6%) since before the onset of the pandemic.

One reason for the slow growth, according to Barclaycard, was consumers shifting their spending to food and drink specialist retailers (up 67.3%), such as butchers, bakeries and recipe box services, as Brits chose to shop locally due to the work-from-home guidance and re-started meal-kit subscriptions after the Christmas break.

Spending on non-essential items saw noticeably smaller growth in January (6.1%) than in December (11.5%), likely due to the combination of Plan B guidance, and the continued rise in the cost of living. This comes as nearly 89% of Brits say they’re concerned about the impact of rising inflation on their household finances, while 30% say they expect increasing household bills to affect the amount they spend on discretionary purchases.

With more Brits staying at home, face-to-face retail spending (excluding grocery) dropped -8.5% while spend on clothing (4.9%) and sports and outdoor retailers (14.5%) recorded a lower level of growth than in December (8.8% and 22% respectively).

The travel sector was also impacted by Plan B restrictions, with public transport seeing a steeper decline (-44.4%) than last month (-28.1%) as working from home guidance saw Brits delay their return to the office.

Colder weather and Plan B guidance saw strong growth in ‘insperiences’ which were up 50%. This includes categories such as digital content, subscriptions and fast food, as consumers enjoyed nights in with a boxset and a takeaway.

Jose Carvalho is head of consumer products at Barclaycard. He said: “January’s Covid restrictions, combined with the rise in the cost of living, clearly impacted consumer spending levels in January. While restaurants and bars, pubs & clubs were inevitably hampered by the ongoing pandemic, there are signs of brighter times ahead for hospitality as Brits say they’re planning to spend more on eating and drinking out to lift their spirits during the winter months.”

“The lifting of Plan B restrictions should also provide a welcome boost to many sectors, as workers travel back into the office and socialise over post-work drinks, while businesses will likely start to see the benefits of increased inbound tourism on retail sales too.”