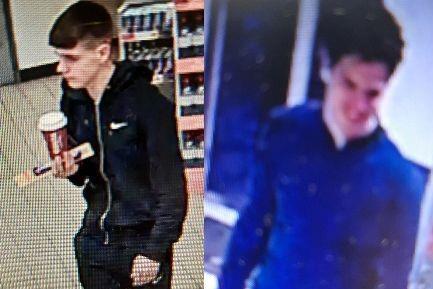 Thames Valley Police has released CCTV images of two men officers would like to speak to following a theft of a large amount of tobacco products from a forecourt store in Calcot.

At around 4.20pm on Wednesday 3 November the products were taken from the Sainsbury’s petrol station in Bath Road, Calcot, and no attempts to pay for the items were made.

Investigating officer Sergeant Richard Tarrant, based at Newbury police station, said: “We are releasing these CCTV images as we believe the men pictured may have vital information that could help us with the investigation.

“Anyone with information can contact police by calling 101 or making a report online, quoting reference 43210498434.

“Alternatively, if you wish to remain anonymous, you can contact the independent charity Crimestoppers on 0800 555111, or via their website