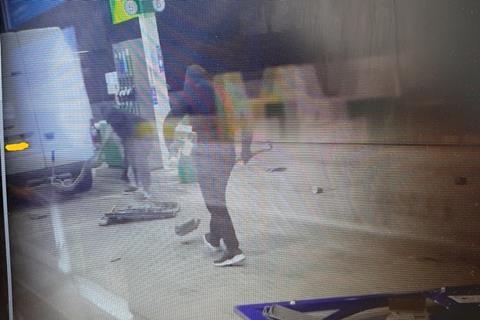 Detectives are appealing for information following a ram raid at a forecourt in Waterbeach, Cambridgeshire, in the early hours of this morning (27 April).

At around 1.08am, officers were called to reports that two men at Ely Road BP Garage were using a Transit van to steal money from the cash machine.

It was reported that the men drove off in the van, which was later recovered in Green End Road, Landbeach.

Sergeant Ashley Ryan, from the Acquisitive Crime Team, said: “We are in the early stages of the investigation and keen to speak to any witnesses who saw suspicious activity in the area in the early hours of this morning, or if you were driving by and have captured dashcam footage.

“Business burglaries are not a victimless crime. They have a huge impact on shop workers and the people that use their facilities in our communities.

“We’re urging people to report suspicious behaviour around premises with ATMs. ATM crimes could often be prevented if so-called “precursor” offences are reported to us. These can often seem minor and include theft of number plates, ropes, straps and chains and cutting equipment.”

Anyone with information is asked to contact police online quoting reference 35/29144/22 Those without internet access should call 101. They can also contact the independent charity Crimestoppers anonymously on 0800 555111.