EV charging not a possiblity for many retailers, according to Steve Rodell, Christie & Co

It’s been a fantastic show - BP 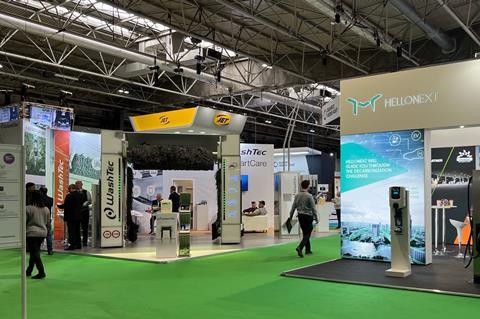 The issues around electric vehicle charging were high on the agenda at this week’s Forecourt Show, as service station operators and suppliers came out in force to catch up with the latest innovations and developments across the fuel and forecourt sector.

While many companies were highlighting their EV charging developments – particularly BP with its game-changing, battery-based unit – Steve Rodell, managing director retail, of property specialist Christie & Co, warned that for many retailers, EV charging would not be a possibility.

In a presentation during the Forecourt Trader ‘On the Road’ session at the exhibition’s Retailer Hub, he said that EV charging was a bit of a red herring for a lot of forecourt operators, and would be going on elsewhere.

“I don’t think most of the forecourts in the UK are in the right location to benefit from having super-fast chargers because you have to have a very fat cable, pumping large amounts of electricity in, to get the super-fast chargers to charge the cars. So unless you’re within two kilometres of a substation, I would hazard a guess that it’s probably economically unviable to put EV chargers in, and anyway you’ve got to give up space on your forecourt to do it.

“There’ll be some existing forecourts that can do it - some of the bigger guys are buying bigger sites and can put in super-fast chargers, but there are loads of companies that will need to get their property surveyed to see if they’re suitable and find out whether it’s worth chasing that or not.

“It’s a case-by-case basis - retailers need to get their sites surveyed by someone in the EV space,” stressed Rodell.

”But if you think about the size of most average UK petrol filling stations, they’re probably about a quarter of an acre, maybe smaller, and by the time you’ve fitted on your pump layout, it’s difficult to find extra off-pump parking spaces, which are important for the shop. So from a physical size perspective, is there room to put a charger on there, as well as the technical issue as to whether you can mix up EV charging with petrol?

“Just by what’s out there already, I don’t think most sites suit it.”

He suggested that if forecourt operators wanted to go down the route of longevity they should be looking at sites of half an acre or more. He gave the example of EG Group’s new-to-industry sites which are nearer to an acre, and feature two or three different uses.

When asked if it would add a premium for someone selling a site to have EV chargers, he said: “Only if it feed through to the bottom-line profit, and there’s not a lot that I’ve seen where that happens.”

He said the options for forecourt operators were to either invest in their forecourt over the next 15-20 years to make it ’future fit’. Or to think about selling up. “The market is really good at the minute - there are lots of buyers out there. I can’t say how long that’s going to go on for, but I suspect as we get closer to 2030, people are going to think carefully about if they want to buy a petrol station in its existing form. The choice is - invest, or benefit from some very strong pricing that we’re seeing at the moment.

“Have prices peaked? Possibly - but I don’t have a crystal ball. Everyone is going to have to make a choice based on their own circumstances.”

Meanwhile, there was a general air of excitement as visitors and exhibitors were relieved to finally get back to face-to-face business, following an enforced hiatus due to the pandemic. Running alongside the UK Food & Drink Shows, including the National Convenience Show, the Forecourt Show is the UK’s biggest trade-only event dedicated to the forecourt and fuel market, bringing the best from across key industries back together for an unrivalled three days of trends, innovation, network and insight.

“It’s been a fantastic show. It’s what people wanted – to get back to face to face interactions, and it’s great to see so many of our dealers here. We absolutely got what we came for,” said Andrew Allen, UK Sales Manager, BP.

Andrew Reed, managing director – Events & Exhibitions, William Reed, said: “The familiar feel-good factor that sets these events apart really has returned, and yet the enforced break has resulted in an almost festival air - driven by people’s relief to get back to some semblance of normality, back to the show floor and back to business. This enthusiasm is writ large in the positive feedback and weight of exhibitor commitment to the 2023 shows we have already received, but also in the sense of togetherness we have felt this week. It’s been a fantastic showcase for our industry.”