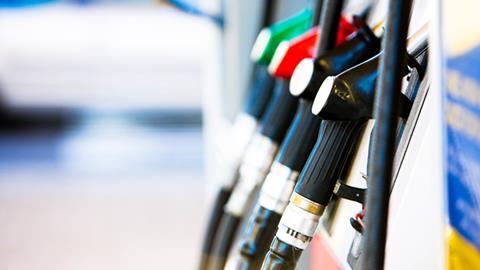 Overall fuel sales have begun to edge up as the first steps are being taken out of the lockdown in England, according to the latest figures from the Department for Business, Energy & Industrial Strategy (BEIS).

Average sales across Great Britain for the week ending March 14 were up 3.2% compared with the previous week and were 76% of a typical week before the first lockdown (which started 23 March 2020).

Average sales were 3.5% higher than the previous week in England 0.5% up in Wales and 1.3% higher in Scotland.

Average diesel sales were at 81% and petrol sales were 69% of a typical week before lockdown, with average daily sales per filling station of 8,460 litres of diesel and 5,030 litres of petrol, giving a daily total of 13,490 litres.

In the eight weeks prior to the first lockdown on March 23 average daily sales were 17,690 litres per filling station, with a peak of 20,983 on Friday February 28. After the lockdown they fell rapidly bottoming out at 2,522 litres on Sunday April 12.

However, PRA chairman Brian Madderson pointed out that the larger sites also tend to be on busier roads and in urban areas, and many smaller rural sites were being hit harder by the lockdown and had yet to see much of an upturn.