Glass not included in DRS scheme in England and NI, confirms DEFRA 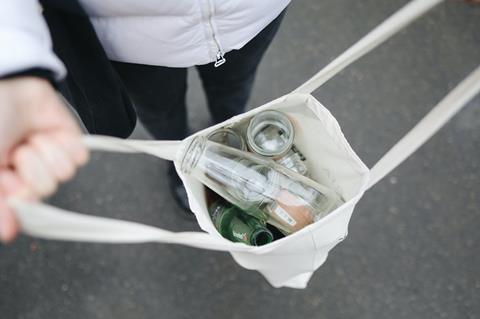 Relief that glass will not be in scope of the planned Deposit Return Scheme (DRS) in England and Northern Ireland, has been expressed by the Association of Convenience Stores, following DEFRA’s confirmation in its response to consultations on reforms to the Extended Producer Responsibility scheme.

However, Wales and Scotland will have to deal with glass.

The Government is consulting on reforming the UK’s extended producer responsibility scheme to drive up the rates of packaging waste recycling. Through the introduction of the proposals set out in their EPR consultation and other environmental measures like DRS, the Government is aiming to reach a total UK packaging recycling rate of 78% by 2030, with the estimated recycling rates for each material exceeding those set in the European Union, and a minimum recycling rate for packaging that falls within the EPR scheme of 73% by 2030.

In submissions to Government throughout the consultation process on DRS, the Association of Convenience Stores has consistently called for the exclusion of glass in the scheme due to the operational and health and safety issues that it presents for retailers and colleagues.

ACS chief executive James Lowman said: “Retailers in England and Northern Ireland will be relieved that they won’t have to handle the return of glass drinks containers as part of a Deposit Return Scheme. All of the operational problems related to a Deposit Return Scheme – colleague safety, storage, handling heavy waste and breakages - are made much more acute by the inclusion of glass.

“We are disappointed that retailers in Wales and Scotland will have to face into these problems and bear the significant financial and operational costs of doing so. Furthermore, having different packaging types included in different parts of the UK will be a nightmare for wholesalers and producers who will have to make, store and distribute two versions of many products. We hope that policy-makers in Wales and especially in Scotland, where the scheme is due to come into effect in just over a year’s time, will reconsider the impact of including glass in the scheme.”

Elsewhere in the consultation, it was confirmed that controversial plans for a mandatory take-back scheme for disposable fibre-based composite cups (such as coffee cups) will go ahead, with businesses that employ more than 10 FTE employees required to comply by the start of 2024 and smaller businesses by the end of 2025. The requirements include the provision of a dedicated bin for the collection of cups, and for businesses to report to regulators the tonnage they have placed on the market/sent to recycling.

Lowman said: “The introduction of a mandatory take-back scheme for disposable cups with additional reporting requirements could have a significant impact on convenience stores, especially when many will be making major changes as a result of the introduction of DRS. We are disappointed at the Government’s definition of small businesses in this context, which is inconsistent with other policy areas. We urge the Government to rethink its proposals to include the smallest businesses in the reporting requirements for this take-back scheme, and instead use the success of the universal carrier bag charge as a model which does not require small stores to report.”

· The collecting, sorting and recycling of packaging waste from households

· Litter and refuse management costs, including bin and ground litter