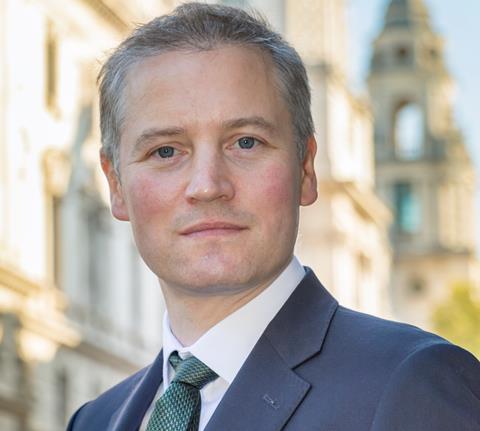 Adapting to new regulations due to come into force next year could cost retailers tens of thousands of pounds the Association of Convenience Stores (ACS) has warned, and uncertainty surrounding the rules could escalate these costs further.

Business and retail groups including the ACS, the British Retail Consortium and the Food and Drink Federation have called for clarity ahead of the introduction of new regulations that aim to limit the placement and promotion of ‘high fat, salt and sugar’ (HFSS) products.

A list of 25 unanswered questions, submitted to government ahead of MPs considering the rules, highlight the confusion that retailers face when deciding where they can put products, and what they can and can’t promote and provide offers on in-store.

Officials from the Department of Health and Social Care are believed to have received more than 1,000 a thousand questions about the regulations, which are due to come into force in less than 11 months (October 2022).

More than a dozen categories of food and drink are set to be restricted in the new regulations, with thousands of retailers forced to rethink the layout of their stores.

Products included in the scope of the rules include soft drinks, yogurts, breakfast cereals, ready meals and pastries in addition to cakes, biscuits, crisps and confectionery.

From next October, retailers face not being able to put any of these products at the store entrance, at the checkout, near a queuing area, or at the end of an aisle.

One of the areas of confusion surrounds the future of meal deals and ‘big night in’ promotions. In the current draft of the regulations, this type of promotion is set to be excluded from the regulations, but there’s no definition of what a meal deal actually is, that could lead to confusion for shoppers and chaos for retailers.

The questions also look for clarity on fundamental parts of the regulations, such as:

The ACS has estimated that small shops face a £13,000 bill to comply with the regulations, while larger stores face costs of up to £100,000 to rethink their store layouts. With so many unanswered questions it warned these costs could spiral further as we move closer to the implementation date.

ACS chief executive James Lowman said: “We are committed to working with the government to ensure that retailers comply with the new regulations when they come into force, but the clock is ticking toward the implementation date and we’re no closer to having a clear set of regulations and guidance that retailers can follow.

“These regulations will force retailers into making huge changes to the way that their stores are laid out, as well as almost starting from scratch on the offers that they can provide to customers. With so many unanswered questions, the only sensible option is to delay the introduction of the rules to at least Spring 2023 to allow everyone to prepare.”

Kate Halliwell, chief scientific officer at the Food and Drink Federation, said: “Food and drink manufacturers are working hard to review their portfolios to determine what can or cannot be promoted under the new rules. But with a lack of guidance for industry, there is still much uncertainty around exactly which products will be impacted. The Government also urgently needs to update its technical guidance which helps companies calculate if their products are ‘HFSS’ and subject to regulations. Without these key pieces of guidance, companies are struggling to prepare with only 11 months till the new rules come into force.”

Andrew Opie, director of food and sustainability at the British Retail Consortium, said: “Retailers are fully committed to working constructively with government to tackle obesity and help consumers lead healthier lifestyles. They have led the way, reformulating own-brand products, promoting healthier options and working with local communities to highlight the benefits of eating well. However, with less than 12 months to go until the new regulations come into force, retailers are still waiting for clarity on the detail of the regulations and accompanying guidance. Without this, they cannot start to carry out the required work to bring stores and websites to compliance, which will involve making major changes to the way stores are laid out and the promotions they can offer customers. The government has already acknowledged that businesses need at least 12 months to prepare and moving the implementation date to Spring 2023 would give an appropriate timeframe for retailers to work towards.”