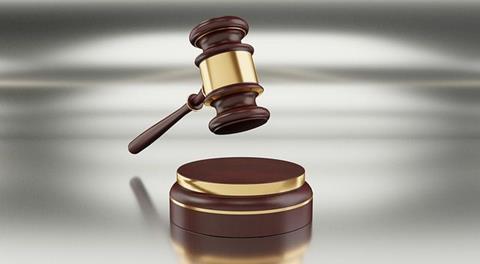 A 33-year-old man who punched a cashier and said he was armed with a knife during a robbery at a petrol station in King’s Lynn has been jailed.

Gareth Lloyd, of Willow Park, Lynn, appeared at Norwich Crown Court and was sentenced to three years imprisonment after pleading guilty to one count of robbery. Lloyd was also found to be in breach of a suspended prison sentence.

The crime took place on Saturday 19 September 2020 when Lloyd entered the Jet Garage on Lynn Road at about 10.20pm and became aggressive towards the cashier. Lloyd said he was armed with a knife and forced his way behind the counter where he punched the cashier before stealing alcohol and cigarettes worth £232.

The victim, who suffered a minor injury, reported the incident to police and provided a description of the suspect which was shared with local officers.

A few hours later, at about 4am on the Sunday morning, a police officer spotted Lloyd on Lynn Road and believed he fitted the suspect’s description. He was stopped by the officer and found in possession of items stolen from the garage. He was arrested and later charged with the offence.

Investigating officer, detective constable Heather Chisholm, said: “During this robbery, Lloyd made threats to the cashier who believed he was armed with a knife, although one was never seen. We’re grateful to the victim for providing such a detailed description of the suspect which ultimately led to his swift arrest six hours after the incident happened.”