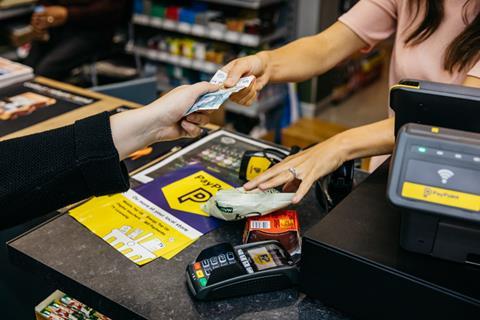 Cash still plays a vital role for a huge number of consumers who are reliant on it, according to new research from PayPoint published today.

The new research combines PayPoint sales data, looking at cash as an overall percentage of transactions in its network of 28,000 UK stores over the 2020/2021 financial year, with regional attitudinal data of how many people say they are reliant on cash.

Of the 48 UK counties included in the study, 43 have an overall cash reliance score greater than 50%, indicating that the need for cash by millions of people to support day-to-day expenditure is still of major importance across the whole of the UK.

The research also reveals how a north-south divide could emerge in a cashless society, with the most cash-reliant counties spread across the north of England, the West Midlands and the devolved nations. County Down, County Antrim, Lanarkshire, Merseyside and County Durham all feature highly in the ranking.

Nick Wiles, chief executive of PayPoint, said: “Among continued sensationalism and scaremongering over the decline of cash, it is more important than ever that we recognise its continued importance to communities around the UK.

“Despite the rise of digital payments during the pandemic, we must not forget that many people are still reliant on cash, and they are also often the most vulnerable in society. This is why PayPoint remains committed that, through our 28,000 strong retailer network, any individual can access cash whenever they need it.

“Later this year we will begin a nationwide roll-out of a new over-the-counter service for those who require cash in exact denominations, following its hugely successful 2021 trial period. This will allow anyone in the UK who needs to make exact withdrawals, down to the penny, to do so without relying on meeting the minimum requirements of ATMs.

“It is the continued investment in such services that demonstrates PayPoint puts action over hyperbole in its ambition to safeguard cash access over the long term. I would urge our industry partners, competitors and Westminster to do the same.”