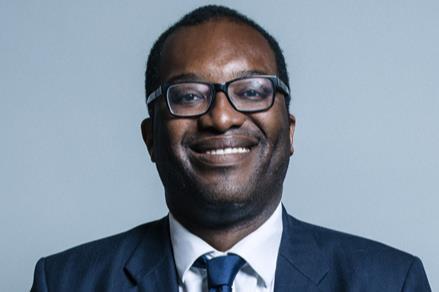 The uplift, which will affect around 2.5 million people, includes the largest ever increase to the National Living Wage.

Business secretary Kwasi Kwarteng said: “We have never been more determined to make work pay, and by providing the biggest cash increase ever to the National Living Wage from today, we are giving a boost to millions of UK workers.

“While no government can control the global factors pushing up the cost of everyday essentials, we will absolutely act wherever we can to mitigate rising costs.

“With more employees on the payroll than ever before, this government will continue to stand up for workers.”

Apprentices will get a 11.9% increase to their minimum hourly pay, with 21-22 year-olds seeing an immediate 9.8% rise. The National Living Wage, the minimum wage for over 23-year-olds, will move up to £9.50 an hour.

Last year, the age threshold for the rate moved from age 25 to 23, meaning that more young workers are now eligible for a higher wage. 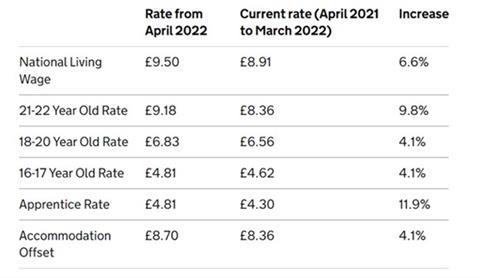 The Government also today announced it will be launching a communications campaign in the coming weeks to help increase understanding among minimum and living wage earners around the wages they are legally entitled to, as well as the steps they can take if they are concerned they are being underpaid.

Bryan Sanderson, chair of the Low Pay Commission (LPC), said: “The business secretary’s strong support is especially welcome at this difficult time. Workers on the minimum wage; care for our elderly and sick, harvest and deliver our food, and do a multitude of other tasks which help us all.

“Many public sector workers including for example teaching assistants will also shortly be included. They all deserve to be properly remunerated and respected as key members of our society.

“The Low Pay Commission met with around a hundred representative bodies last year before making its recommendations. We are frequently their main sometimes even their only advocates. With government support we will continue to try to ensure that they do not suffer from the neglect which was so often characteristic of the past.”