PRA questions ‘dash to EVs’ as government loses out on £2.5bn fuel duty during lockdown

The PRA has questioned the government’s “headlong dash for EVs”, and “no confirmed replacement for hydrocarbon excise duty”, as the latest HMRC figures reveal a 52% drop in fuel duty revenue for the past two months. 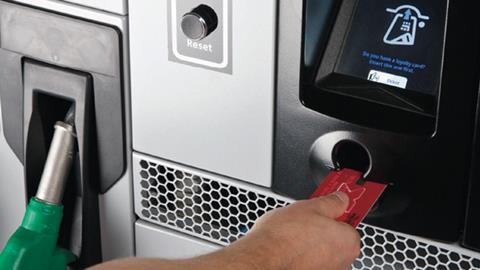 Fuel sales have plummeted during the lockdown and despite a recent steady increase, road fuel sales at filling stations are still less than two thirds of their pre-lockdown levels.

The HMRC figures show that revenue from duty on road fuels in April and May totalled £2.235bn, which was £2.422bn (52%) lower than the same period in 2019. The £2.5bn shortfall would be duty receipts only, so a further approximately £0.5bn should be added for VAT.

“The full-year take by HMRC is around £28bn for fuel duty and a further £6bn for 20% VAT equals £34bn, so the fuel retailing sector ranks 5th or 6th on the league table for the biggest tax contributors,” explained Madderson.

“The Government is proceeding with a headlong dash for EV’s with the Department for Transport aiming to ban all new internal combustion engine (ICE) models from the earlier date of 2035. In the meantime, they are bringing in penal taxes for ICE vehicles to ‘persuade’ consumers to adopt EV models.

“However, there are still huge misgivings about the price/value envelope of EVs which are being voiced by many consumers. At a time when consumers are feeling the effects of the pandemic in their pockets, their propensity to splurge on a new EV either directly or with a PCP may be questioned.”

He said the PRA was consulting with members and other industry bodies and sectors to highlight this situation and the Government’s apparent disregard for other fuels, especially hydrogen.

“Their consultation ‘Road to Zero by 2035’ closes on July 31. At present, with no confirmed replacement for hydrocarbon excise duty, one can only speculate that some form of ‘road charging’ may be the outcome.

“This has significant economic downsides for those living out of the largest urban areas, often with depressed economic activity, who will be adversely affected by any such new tax. It is hard to see our rural communities suddenly finding cost-effective public transport solutions arriving at their towns and villages despite the bluster from government and interested parties.”