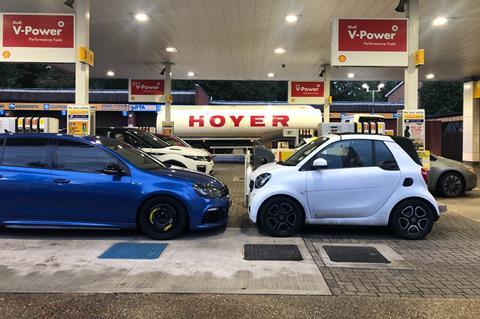 There are far fewer dry petrol filling sites, even across London and the South East, and stock levels are recovering across GB, according to PRA chairman Brian Madderson.

He said that if the current trend continued then within a week stocks and businesses should be back to the level they were at prior to the panic buying that wiped out stocks at many sites.

He added that a combination of additional deliveries and demand below normal levels was enabling filling stations to replenish stocks.

However, he said the crisis should have been sorted out far more quickly than it was and said ministers behaved “appallingly”.

“They didn’t prioritise deliveries to London and the South East and that meant it carried on for much longer than it should have,” he said.

He explained that the Government had not taken notice as the number of filling stations in the South East dwindled over recent years, because developers found it was far more lucrative to build on the sites.

He added: “The Energy Resilience Department at the Department for Business, Energy & Industrial Strategy (BEIS) have been asleep at the wheel while the market structure was changing.”

He reiterated the PRA’s call for an independent inquiry into the crisis and said lessons had to be learned because at present the same thing could happen at any time if there was uncontrolled buying.