Retailers warned to look out for fake hand sanitiser products

An expert in non-food labelling has warned about a glut of fraudulent hand sanitising products entering the market and has advised retailers to take professional advice on any packaging that seems “too good to be true”. 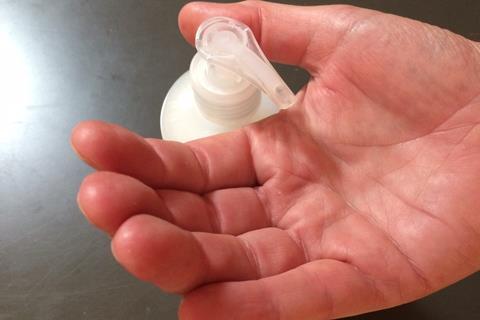 Bharti Gorania-Wood, regulatory team lead at Ashbury, the product information people, has warned that during March and April, law enforcement agencies in the UK seized millions of such products from shops and ports.

Retailers may have been unaware that the products they were selling contained banned substances, while others contained no legal labelling, or the packs were illegally impersonating well-known brand names.

“The demand for hand sanitising products is outstripping demand and there’s no doubt that this has led to the supply and sale of millions of fake and potentially dangerous products. Some have been imported, while others are UK-manufactured,” Bharti explained.

“Some illegal hand santisers seized contained a substance called Glutaral (Glutaraldehyde), which has been banned for human use since 2014. The substance can cause irritation to the skin and to the eyes and throat if inhaled or swallowed. Some hand sanitisers did not have any labelling at all so the contents and whether they contained a dangerous substance could not be ascertained.”

Big brand names are also feeling the impact of the fraudsters. Some bottles are branded with well-known names such as Andrex and Comfort by counterfeiters trying to cash in on the pandemic. Suspicions were raised among the enforcement authorities as these hand santisers had identical packaging and labelling, except for the brand name, and the same batch code on the entire consignment.

As well as illegal imported products, UK-made hand sanitisers have been found on sale online containing the banned substance Triclosan.

“All hand cleaning and sanitising products (such as liquids, gels and soaps) are regulated in the UK. They can be classed as cosmetics, medicines or biocides depending on the primary use and claims made”, Bharti explains.

“Products primarily used to clean and/or moisturise the skin, while providing a secondary antimicrobial effect, such as a liquid soap or solid soap bars, are classed as a cosmetic. “Products which make claims to treat/prevent infections associated with specifically named pathogens (such as Covid-19, MRSA, Sars) are classed as medicines and need to be have marketing authorisation before being sold.

“Products primarily claiming to kill germs, disinfect or sanitise using an active antimicrobial ingredient, such as hand sanitisers, are classed as a biocide. General hand sanitiser products are not permitted to name specific pathogens such as Covid-19.”

Bharti warns that if the hand sanitiser makes such a claim, retailers should look out for a Product Licence Number (or PL code). If this is absent, the product is most likely not authorised to make such a claim and will not protect the consumer from those pathogens.

“Watch out for hand sanitising products that lack any legally required information such as active ingredients, batch or lot numbers, warnings or instructions and also those containing spelling mistakes. These may not be genuine and most crucially, are not effective as a hand sanitising product”, Bharti explains.