UKIFDA argues against banning sales of new petrol, diesel and hybrid cars by 2035

The UK and Ireland Fuel Distributors Association (UKIFDA) has criticised the government’s policy on transport in its drive to reach zero carbon by 2050. 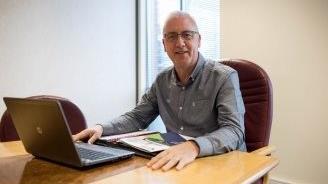 Responding to the government’s consultation on ending sales of new petrol, diesel and hybrid cars by 2035, it said it disagreed with the proposal.

UKIFDA believes that new petrol/diesel and hybrid vehicles should still be allowed to be sold after the 2035 as the “virtually zero carbon by 2050” target will be met more quickly by encouraging a competitive market in cleaner vehicles.

UKIFDA chief executive Guy Pulham commented: “The Government are again focusing on one technology as they are in their heat policies. We believe 2035 is too soon and should not be suggested at this stage due to the exclusion of possible technologies, supply/demand imbalances and infrastructure issues.

“While UKIFDA supports the aims of the Paris Agreement and wants to help the UK government achieve its ambitions of net zero carbon emissions by 2050, the current consultation to ban the sales of petrol/diesel and hybrid vehicles after 2035 is flawed.

“Governments need to be technology neutral in their legislation rather than set one technology above others. To reduce CO2 emissions in the long term, a sensible move would be to design the regulatory framework such that technologies such as synthetic fuel, biofuel blends and hydrogen for internal combustion engine vehicles (ICEVs) are promoted on an equal footing as battery electric vehicles (BEVs) and take account of the full life cycle.”

UKIFDA technical manager Tony Brown added: “Not all customers will be able to afford battery cars and with the current financial squeeze on many households due to COVID 19 we believe the situation will only worsen.

“The government needs to ensure they are not closed off to other possibilities such as switching from renewable to synthetic, biofuel blends and hydrogen which have so far been dealt with as sub optimal solutions. What has been forgotten is the advancement of the new euro engine design both in petrol and diesel power (including electronic management) which has already shown a significant reduction in emissions over several years.

“The development of new and improved fuels in addition to ongoing advances in engine design for ICEVs will result in similar emission results to BEVs by the mid-2030s when considering all the facts.

“While attending a recent Westminster Transport Forum in London, our industry questioned the Department for Transport on its vision for the future. This vision was based on a policy framework focused on the narrow tank-to-wheel emissions, under which battery drive always has a clear advantage over the internal combustion engine in terms of CO2.

“This narrow cycle definition has so far failed to consider:

“A balanced and open approach is needed which will be in the interests of the consumer, the planet and UK employment through the investment in new fuel technology.”