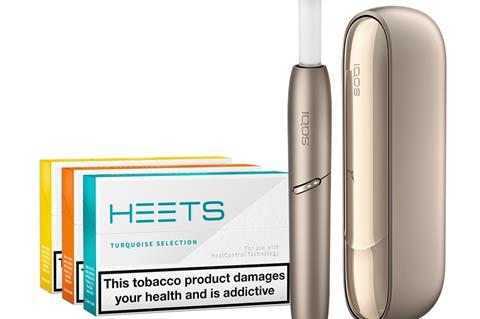 Philip Morris Limited (PML) has announced it will significantly expand its field force operation so thousands more retailers can stock IQOS, its heated tobacco device, in new cities and regions across the country.

Under the plans, PML will focus on 18 more cities and regions throughout the UK and will boost the support it gives to general trade retailers who stock its IQOS heated tobacco device with specially designed tobacco sticks called HEETS

The new investment will see PML double the size of its field force, assigning sales representatives to retailers as growing demand in the heated tobacco category increases its market share, nationally.

Kate O’Dowd, head of commercial planning UK and Ireland at PML, said: “Philip Morris is fully committed to the convenience channel and has remodelled its commercial business to support retailers selling IQOS and HEETS heated tobacco sticks. Only by putting retailers first can we achieve our smoke-free ambitions; doubling our field force and expanding into 18 new regions, will strengthen a retail community that’s driving large-scale switching, faster.

“Some parts of the country experience higher smoking rates than others. This investment will help consolidate and expand our position in those areas, and give adult customers a better choice than continued smoking.”

To support the general trade further, PML has launched a new Digital Trade Engagement platform, offering a range of tools, resources and new support services that will help retailers get the most out of stocking IQOS and HEETS.

As well as offering the latest trade incentives for IQOS and HEETS stockists, that platform features fast-track delivery on PML’s range of HEETS variants, guaranteeing retailers receive their stock within 48 hours. PML has also increased the number of educational resources and online training tools available, to improve knowledge of its expanding portfolio of smoke-free products.