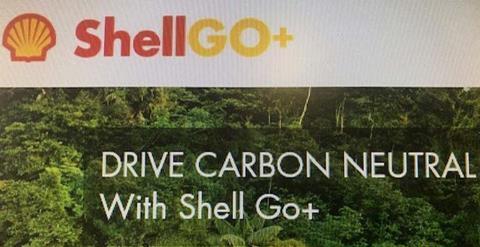 The Advertising Standards Authority (ASA) has upheld a complaint against a radio advert for Shell’s loyalty scheme Shell Go+, and banned it from being repeated.

The Advertising Standards Authority (ASA) has upheld a complaint against a radio advert for Shell’s loyalty scheme Shell Go+, and banned it from being repeated.

There were 17 complainants who claimed the line “Drive carbon-neutral by filling up and using Shell Go+ today” was misleading.

In a detailed defence of the claim Shell UK explained the Shell Go+ scheme was a loyalty proposition and the “Drive carbon-neutral” programme was introduced into the scheme in October 2019.

Shell said that the volume of fuel purchased by a customer, in litres, was recorded for the purposes of carbon offsetting and providing customers with their own personalised carbon statement.

Shell said that in 2018 it commissioned qualitative research to understand better consumers’ comprehension of the concept of “carbon offsetting”, and established that it was a less familiar term than “carbon neutrality”. The research indicated that consumers understood carbon neutrality to mean taking out as much carbon dioxide from the atmosphere as they were putting in, so they decided that was the most suitable term to use.

Shell said it did not believe that consumers could be confused into thinking that Shell Go+ was a new carbon-neutral fuel, and believed that the ad made a clear distinction between the fuel and the loyalty scheme by stating “Drive carbon neutral by filling up and using Shell Go+ today”, thereby avoiding any confusion. The advert also directed consumers to Shell’s website for more details, which they said was appropriate to do given the complex background to the principles of carbon offsetting.

In its assessment, the ASA said there was nothing in the advert to indicate to listeners that what was being advertised was a loyalty programme. In therefore considered that listeners were likely to infer that Shell Go+ was a fuel for which Shell would offset the carbon emissions related to that fuel purchase such that the customer could “Drive carbon-neutral”. Because that was not the case it concluded that the ad was misleading.

In a statement released after the decision was announced, Shell UK said: “’When building the communications campaign to launch our Drive Carbon Neutral offer we did a huge amount of due diligence. It is unfortunate that the ASA felt that the wording of one of our radio adverts wasn’t clear enough and could potentially be interpreted by customers as suggesting that Shell Go+ is a fuel rather than a rewards program that they needed to join to participate. We will make clearer in future advertisements that Shell Go+ is our rewards scheme. Around one in five fuel purchases are by customers who are part of this scheme which means they are now driving carbon neutral.”