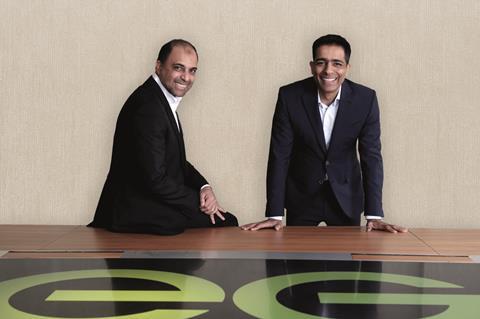 EG Group has announced the sale of 27 forecourt sites to fellow Top 50 Indie Park Garage Group, following its recent confirmation that it had reached agreement with a single purchaser, subject to approval.

The sale follows the Competition and Markets Authority’s (CMA) announcement in June 2021 that it had agreed formal undertakings offered by EG Group founders and joint CEOs Mohsin and Zuber Issa and TDR Capital LLP to divest some of EG Group’s PFS sites to address the competition concerns relating to their separate acquisition of Asda Group Limited.

All existing EG colleagues employed at the PFS sites will transfer to Park Garage Group.

The sale has been the focus of much speculation in the industry as potential buyers queued up with their bids.

In May the CMA published the list of sites which EG Group had offered to sell, and stated that it considered the undertakings given would satisfy its competition concerns about the takeover of Asda by Mohsin and Zuber, and investment funds managed by TDR Capital.The CMA’s concerns had centred on 36 local areas where it believed competition in the road fuels market could be damaged if EG Group’s owners bought Asda.

It wanted each of the sites to be sold to a company that would continue to operate them in the fuel retail market so that competition is maintained in their local area.

Zuber and Mohsin said: “We received significant interest in the sites we marketed, reflecting how these high-quality assets have been acquired, developed and invested in by EG Group over the last few years. We are pleased that the sites will be going to an established industry operator in Park Garage Group, a family-run business that is growth orientated.”

Balraj Tandon MBE and Sunil Tandon, chairman and managing director of Park Garage Group, respectively, said in a joint statement: “We are delighted to have reached an agreement to acquire these sites, particularly due to their quality, which has been cultivated by EG Group. The acquisition underlines our commitment to growth and innovation, and will enable our sons, Manoj Tandon and Hemant Tandon, to further build our industry footprint. We would like to thank EG Group for working seamlessly with us on this acquisition.”