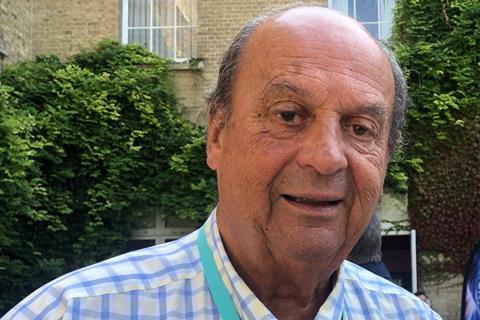 As Brian Madderson prepares to step down after being chairman of the PRA since 2009, he has told Forecourt Trader he is concerned about the current uncertainty in road fuels, but feels prospects for the car wash sector are very positive.

Earlier in 2021, after winning the Lifetime Achievement Award in the Forecourt Trader Awards, Madderson announced he would be retiring from chairing the Petrol Retailers and Car Wash Associations at the end of year with Gordon Balmer taking over the reins.

Reflecting on issues in road fuels he said: “I feel distinctly uneasy about the government’s charge to a Net Zero future by 2050, especially as a major step involves the banning of all new fossil fuel vehicles by 2030. Two aspects in particular cause me great concern: firstly that the replacement fuel is predicated to be electric with virtually no place for low carbon fossil fuels or for hydrogen, and secondly that the detailed plan and investment to achieve such a momentous transition is just not available.”

Madderson also said he did not believe the government and its advisors had given sufficient consideration to the future of the six major refineries operating across the UK when road fuel demand begins to taper off. He warned: “If they are to remain financially viable for their shareholders and lenders, the price of their products will surely have to increase to offset lower activity levels.

“This is what we are seeing now with Platts wholesale costs increasing and retailers maintaining high margins as volumes show no sign of returning to pre-pandemic levels. Perhaps unsurprising with yet another ‘work from home if you can’ plea from the learned but totally uncommercial medical gurus.”

He added: “Unfortunately, the combination of Covid-19 and an EV aspirational rather than inspirational government, leaves the immediate outlook for road fuel less certain than for some time.”

However, he said prospects for new and well-maintained automatic car washes had not been so positive for many years thanks to the pressure being applied by the Car Wash Association to the government and various regulatory bodies.