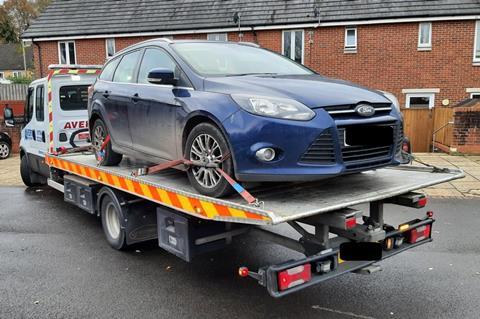 A man has been arrested and a car has seized by police officers investigating a spate of fuel thefts in the New Forest.

Officers from Hampshire Police who were investigating three incidents of fuel theft, totalling more than £400, from a Dibden filling station identified an offender from CCTV footage.

Enquiries by the same officers on Shore Road, Hythe, resulted in the vehicle being located parked up on false plates. The vehicle had been stolen from Salisbury in September 2021 and was recovered for forensic examination.

Enquiries at a nearby address resulted in a man being arrested on suspicion of theft of fuel, theft of motor vehicle, driving while disqualified and driving without insurance.

He has been released under investigation while examinations are conducted on the vehicle.

News of the arrest and a picture of the car being “recovered” were posted on social media by Hampshire Police.