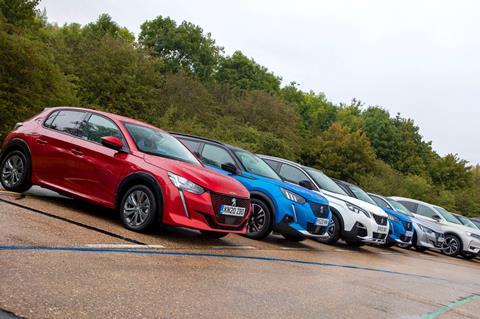 More drivers than ever plan to ‘go electric’ when they next change their cars – but upfront costs remain a barrier, according to a new report from the RAC.

Nearly eight-in-10 drivers (78%) think that pure electric cars are still too expensive when compared to conventional vehicles of a similar size, although a steadily increasing proportion are planning to choose one when they next change their car, research from the latest RAC Report on Motoring shows.

Nine per cent of the 3,000 respondents to the study said they intended to ‘go electric’ next time around, up from 6% in 2019 and 3% a year earlier, highlighting drivers’ growing willingness to opt for a zero-emissions model. But with the current retail price of new pure battery electric vehicles significantly higher than their petrol or diesel-powered equivalents, they remain out of many drivers’ price ranges, prompting most to say they would like more financial help from the Government.

More than half of drivers (53%) said they would like to see VAT on zero-emission vehicles either cut or abolished entirely, with a slightly smaller proportion (48%) favouring a scrappage scheme to make switching from a conventionally powered one to a battery-electric model affordable. Three-in-10 motorists (30%) favour an increase to the current Plug-in Car Grant (PiCG) of £1,000, taking it up to £4,000, which is arguably the most straightforward policy change the Government could implement if it chose to.

Making vehicles more affordable for drivers is not the only thing that could entice drivers into a pure electric model next time around. Motorists also want to know they can charge these vehicles up easily when they are away from home, something that will be vital for the estimated third for whom home-charging is not an option. More than four-in-10 drivers (43%) say they want the Government to set a binding national target for access to public chargepoints, such as ensuring 95% of the population live no further than five miles from the nearest chargepoint. Three-in-10 (28%) meanwhile believe the price of charging at public chargers should be capped.

The RAC Report on Motoring research also found the extent to which drivers believe the average range of battery-electric vehicles needs to increase before they will choose one over a petrol or diesel model – or rather how drivers’ expectations about the sort of distance they need to be able to go on a single charge might need to change, given that more than half (58%) of car trips are under five miles in length and the average car trip is just 8.4 miles long. For the second year running, drivers said they would want a car to have a range of some 375 miles – roughly the distance from Cambridge to Edinburgh – yet RAC analysis shows the average stated basic range of the top 10 pure electric cars sold in the UK stands at 235 miles. Only one model offers a range of 375 miles and upwards on a single charge.

The RAC report says that more broadly, the pandemic appears to have left its mark on the car-buying public, with only one in every 10 motorists (11%) expecting to upgrade to another vehicle in the next 12 months – a sharp fall on the 14% recorded in 2019 and 18% a year earlier. But perhaps even more telling is the finding that just over half of drivers (51%) do not expect to change their current vehicle within the next three years – well up on the last year’s 43%, and 35% in 2018. Meanwhile, a third of drivers (33%) in 2020 either don’t plan to get a new car, or do not know when they will replace their current vehicle, up from 25% a year ago.

RAC data insight spokesman Rod Dennis said: “With 2030 now clearly set as the date for the end of the sale of new petrol and diesel cars and vans, momentum behind getting more of us into electric vehicles is building – and it’s clear that an increasing proportion of drivers are responding, with nearly one-in-10 now planning to opt for a pure electric next time they change their car.

“But the single biggest barrier to a driver choosing an electric car over one powered by petrol or diesel has to be cost. Although good finance leasing deals and offers such as free home charging for a set period can help, it appears to be the case that the price of many new EVs remains prohibitively high for a lot of people, with most drivers keen to see more financial help from the Government to bring costs down.

“If the Government really wants to stimulate demand for electric vehicles quickly, then it either has to boost the Plug-in Car Grant or remove, or cut, VAT for a fixed period of time. While removing VAT would lead to lower list prices, it would also cost the Government a lot more and may be more favourable to people choosing more expensive models. The current grant scheme is already in place so increasing it may be the easier option to implement. Either scheme may need to be more heavily incentivised over the next few years until such time as the list prices of electric cars fall of their own accord, as a result of manufacturing costs dropping.

“A healthy market for new electric cars in the UK will also have another major benefit – it will mean more EVs make their way onto the second-hand market, improving affordability of zero-emission models for everyone.

“When it comes to charging and the range offered by electric cars however, things are perhaps a little more straightforward. While EVs can’t yet match the miles offered by large diesel cars, the situation is improving all the time. And with the average length of most car trips being short, electric cars can probably fit better into people’s lifestyles than many of us might think, especially as many people will be fortunate enough to be able to charge their cars at home.

“More important will be ensuring the network of public chargepoints keeps pace with EV take-up so drivers are never far away from a fast, reliable place to charge – something especially important for all those people who won’t be able to charge at home. The price of charging is crucial too: it needs to be transparent and fair. With so many of us used to seeing fuel prices on forecourt ‘totems’, there’s currently nothing comparable for drivers seeking to charge up away from home.”

Meanshile the RAC has become the first UK breakdown assistance organisation to introduce EV Boost technology to its vans. The lightweight mobile charging units, which are fitted to conventional RAC vans, are designed to be the equivalent of a fuel can for a petrol or diesel vehicle.