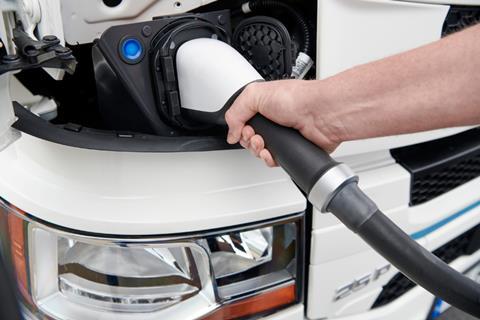 On-the-go charging would remove the reliance on charging stations

A study to explore the feasibility of wireless on-the-go charging for electric vehicles (EVs) has been launched by Western Power Distribution (WPD), the electricity distribution network operator for the Midlands.

The £417,000 study is the first of its kind in the UK and will assess the viability of charging EVs as they are driven by using wireless inductive technology placed under road surfaces.

It is claimed the DynaCoV (Dynamic Charging of Vehicles) initiative, launched in partnership with Coventry City Council, Coventry University, Toyota and Cenex, could help encourage the mass adoption of EVs by overcoming significant barriers around charging and range anxiety.

The project is being funded by Ofgem with a contribution of £375,000 through its Network Innovation Allowance with WPD also contributing more than £41,700.

The technology would also prove beneficial for distribution network operators, such as WPD, as it would provide multiple substation connection points along the length of the charging strip resulting in less pressure on the network.

The on-the-go charging would also relieve pressure across the network by reducing high demand periods such as end-of-day charging when people return home from work.

With the required technology retrofitted to existing EVs and hybrid vehicles, the study will assess the data communication between the charger and receiver, as well as exploring how the equipment would operate within the existing network and the external environment.

The technology works by laying a small wireless charger beneath the tarmac in the road for the retrofitted receiver to pick up the charge and power the vehicle.

The project will be conducted in three stages. Firstl Cenex will explore existing expertise and developments in this area, before Coventry University assesses the feasibility of deploying the technology in the city. Finally, Cenex will identify where WPD’s existing network might benefit from the technology and how it would work in such an environment.

Commenting on the launch, Cllr Jim O’Boyle, cabinet member for jobs and regeneration, said: “I’m really interested to see how this study develops. There are already so many innovative projects in Coventry that are at the forefront of new technologies and this could radically change the future of electric vehicles.”

Shamala Evans from Coventry City Council added: “There are sectors of the transport system, such as buses and HGVs, which have previously proven challenging to electrify due to their high energy demands. However, dynamic wireless power transfer is a technology which has the potential to provide the ability to charge on the move and will be transformational in accelerating the electrification of our transport networks.

“Coventry’s ambition is to create a zero-emission road transport city and we believe this initiative will support our bid to become an All Electric City going forward.”

Ricky Duke, WPD Innovation & Low Carbon Network Engineer, said: “We’re thrilled to be announcing the launch of our pioneering project exploring the feasibility of wireless, on-the-go charging for electric vehicles in the UK.

“The ability to charge your vehicle while on the move would be a massive game changer for the nation and the launch of our study marks an important milestone in our journey towards identifying new and exciting ways to support the mass adoption of EVs across the country.

“As we look to the New Year and start to think about a post-Covid-19 world, it will be ground-breaking tech and innovation such as this that paves the way to the UK’s green recovery and helps us achieve the Government’s Net Zero target by 2050.”