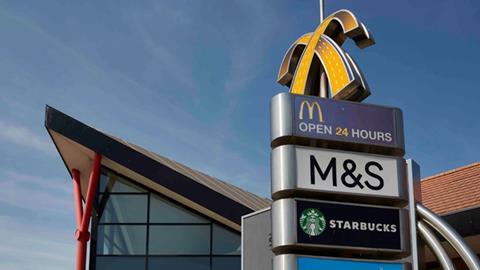 Extra MSA has unveiled a new plan for a £90m service station on the M25 on a site on the opposite side from where it lost a planning inquiry for a development last year.

A website to support the new plan says Extra has considered issues raised by the planning inspector in the previous case and it now wants to build Chiltern Chalfont Services on a site of less than 40 hectares on the eastern side of the M25 between junctions 16 and 17.

The proposal comprises a facilities building, fuel filling station, electric vehicle charging station and parking for HGVs, cars and coaches will provide 310 full-time equivalent jobs on site, with 62 at a senior level, and 632 during the building phase.

There will also be access to the service station from the M25 only via a bridge over the motorway and a new roundabout that will serve both carriageways.

The website states a motorway service area (MSA) is needed because their absence causes a significant public safety risk on the western side of theM25.

It explains: “Testing distances between MSAs on the western side of the M25 against the maximum distances recommended in government policy advice (Circular 02/2013) reveals the existence of a serious public safety risk that needs to be addressed as a matter of urgency if fatigue-related accidents are to be reduced.

“There are 14 routes where the distance between existing MSA facilities exceeds 28 miles (measured from the point at which the driver must make a decision to enter an MSA or continue). Some of these gaps are substantial; with 9 being 40 miles or more, including 2 gaps of 60 miles or more.”

Extra says they have tried to address concerns that were raised by the planning inspector in last year’s public inquiry.

They say they have tried to make sure the layout of the buildings will be “low in the landscape” and they will provide “substantial” landscaping which “responds to the local landscape context, including the character and views associated with the Colne Valley”.

They also say there has been a “significant reduction of the scale of the development” that will “further minimise green belt impacts”.

As part of a consultation, they are asking local people to get in touch with their views on the new plans and they will use responses to shape their plans before submitting a new planning application to Buckinghamshire Council.

In November a planning inspector refused permission for Extra MSA’s proposed scheme, suggested that a rival plan was no better, and expressed a clear preference for a third scheme.

In his report inspector Mark Dakeyne said there was a clear need for an MSA between the M1 and M4 junctions of the M25 because of the distance between existing MSAs, with no MSAs on the western section of the M25 between South Mimms (junction with the A1) and Cobham (near the A3).

However, in making his decision, he explained he was required to consider whether there were other similar schemes that would be more beneficial, so he also took into account proposed schemes by Moto just off junction 20 of the M25, and by CVMSA between junctions 15 and 16 at Iver Heath.

The Moto scheme, which it was claimed would have created 200 jobs, had already been refused planning permission, and no appeal or further application had been made. In his verdict he said: “The Moto site has similar drawbacks to the appeal site in overall terms, and when taking into account the disadvantage of being an off-line site and the questions over delivery, it performs worse. Therefore, Moto would not, based on what is before me, provide a persuasive alternative site.”

A planning application for the CVMSA scheme is currently being considered by Buckinghamshire Council and it is claimed it would create 300 jobs. In his verdict the inspector said the CVMSA scheme would provide similar benefits to the Extra MSA one, but with appreciably less harm, and therefore it was a feasible alternative.

In the conclusion to his report the inspector wrote: “I am mindful that, in principle, the need for an MSA in the north-west quadrant of the M25 is a benefit that should be attributed substantial weight, and along with other benefits, is capable of outweighing even a substantial amount of Green Belt and other harm. However, there is a reasonable likelihood that these benefits can be achieved in a less harmful way by an alternative site.”