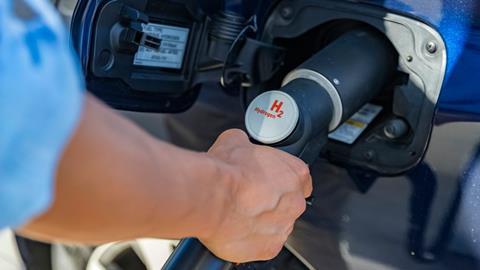 The UK could miss out on millions in investments and tens of thousands of jobs in the next ten years unless the Government raises its hydrogen production targets, according to a leading industry report.

More than three-quarters of respondents to Hydrogen Strategy Now’s ‘State of the Hydrogen Nation’ survey said the 5GW hydrogen production target set out in the PM’s Ten Point Plan is not ambitious enough.

And almost half said the lack of a clear Hydrogen Strategy has seen the UK miss out on valuable investments into UK hydrogen projects, while 81% said the UK was failing to meet its hydrogen potential.

Sixty one per cent of respondents were also not confident that the Hydrogen Strategy would create the world-leading hydrogen market, which the Government has set as its measurement of success.

The State of the Hydrogen Nation Survey was launched in April this year by the Hydrogen Strategy Now group to analyse the views of industry leaders on the progress and potential of the UK hydrogen sector to date.

This survey was the first of its kind in the UK and has brought together the views of 120 leading national and international businesses and organisations at the forefront of the hydrogen economy.

Between them, the businesses employ approximately 100,000 people across all parts of the UK, with a combined net worth of £150bn. They work across all sections of the hydrogen economy, including transport, heat, power generation, storage, infrastructure, investment, and transmission.

Chris Jackson, chair of the UK Hydrogen and Fuel Cell Association, said: “The UK has all the ingredients to be a world-leading hydrogen economy, creating jobs, economic growth and accelerating the transition to net zero. Sadly the results of this survey show that the Government needs to go further and faster in its development of an appropriately ambitious hydrogen policy framework, to support industry and unlock the UK’s potential.

“A clear takeaway from this survey is that the Government could create greater confidence and interest in the UK market by significantly increasing its hydrogen production targets, both for 2025 and 2030. If the Government’s ambition is to create a world-leading hydrogen market, then having world leading targets is key as is a detailed policy that shows close coordination between different government departments.”

Industry does however recognise that hydrogen is now much higher up the political agenda, and cite hydrogen’s position as Point Two in the PM’s Ten Point Plan as being a game-changing moment in terms of business confidence. However, many respondents were becoming frustrated that the Government has still not published its hydrogen strategy.

Chris Jackson continued: “The UK hydrogen sector has put its faith in Government promises that the UK will have a world leading hydrogen strategy, and consequently has invested millions into new staff, project development and scoping for new manufacturing facilities. If the Government is able to deliver on that promise, this survey and other engagement works run by UK industry have demonstrated that billions of pounds of capital will be deployed.

“Industry is doing its part to support the green transition, create jobs and build back better. It’s now the Government’s turn to step up the table with a bold hydrogen platform.”

The survey also revealed that industry experts believe that Scotland is far ahead of the other devolved administrations when it comes to hydrogen ambitions. Almost three-quarters of respondents said the Scottish Government’s ambitious hydrogen production target of 5GW of renewable and low-carbon hydrogen production by 2030, combined with other decarbonisation commitments, has given it a clear lead over Wales and Northern Ireland.

A HSN spokesperson added: “Ministers have previously said that its Hydrogen Strategy will be designed to create incentives for the private sector to invest “rather than writing Government cheques”. Industry agrees with this approach, which is why this survey sought the views of organisations to assess how confident they are that the Hydrogen Strategy will deliver. It should therefore raise concerns in Whitehall that over 60% of respondents are not confident the hydrogen strategy will create the ‘world leading hydrogen market’ that the Government has set as its own test.

“We don’t doubt the Government’s desire to create jobs and accelerate Net Zero progress through UK hydrogen projects, but industry clearly feels more work needs to be done to create the policy framework to maximise this opportunity.”