Hydrogen should have bigger role in transport, says new report

Hydrogen should be given a much bigger role in transport decarbonisation, according to a new report called ‘Driving Change’ from the think tank, Centre for Policy Studies. 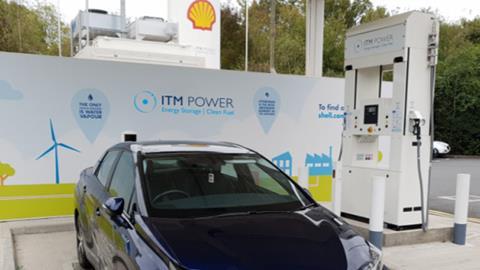 It argues that the approach to transport decarbonisation must not leave certain vehicles behind, and in doing so forfeit significant future economic opportunities.

The think tank is urging the government to ensure progress is made on cleaning up not just cars, but heavy duty vehicles as well – like buses, trucks, trains and ships – where hydrogen power is much more suitable than electric batteries, and include this approach in the overarching strategy being developed by the Department for Transport.

The report also points out that Britain will likely need a hydrogen infrastructure to help decarbonise other sectors, such as domestic heating and industrial processes, so it makes sense to lay the groundwork now – and ensure that the UK is at the forefront of a new, low-carbon industry with significant export potential.

Embracing hydrogen would also give Britain an opportunity to lead the world in a vital sector and create thousands of green jobs, according to the report – at a time when other economies are moving quickly to seize the global hydrogen market.

Grant Shapps, Secretary of State for Transport, said: “As we begin the road to recovery from Covid-19 and rebuild our economy and infrastructure I am clear we can’t just go back to how we were before.

“We have the opportunity to create a more prosperous, stronger and greener country and transport will be at the heart of that.

“Therefore, I welcome the work done by the CPS and others to come up with new and innovative ways to deliver on this government’s ambitious decarbonisation agenda.”

“This report is further evidence that hydrogen’s time is now and that we need support for UK industry, UK jobs, and a product which can be made and used entirely on these shores.

“If we fail to act, we will become importers rather than exporters of another green technology required to get us to net zero, just as we did with wind turbines and batteries. It’s simply a matter of which country will be the first to capture the industrial opportunities of acting first. China, Australia and Germany to name a few are all moving quickly, and only last week the EU announced a multi-billion Euro package to support green hydrogen infrastructure.

“With hydrogen-electric buses entering service in major UK cities this year, the UK is primed and ready to lead the race.”

“One of the few benefits of the Coronavirus lockdown has been the dramatic improvement in air quality. To continue enjoying this unexpected bonus, we need to speed up the transition to zero-emission vehicles - like electric cars or hydrogen-powered buses.

“Our report outlines how the government could level the playing field between polluting and cleaner vehicles to achieve this, while better protecting everyone’s health, and getting us on track to hit Net Zero.”