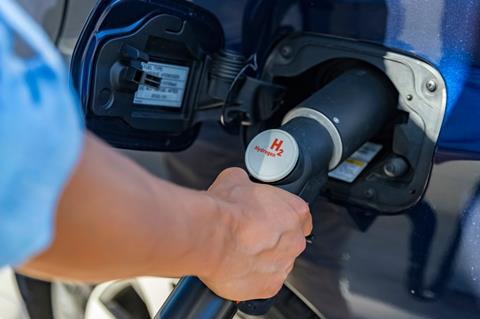 A new company focused on the use of hydrogen in transport has been set up ITM Power.

It has set up a wholly owned subsidiary, ITM Motive, and all its English refuelling assets and their personnel have been transferred to the new company with Duncan Yellen as managing director.

“Forming ITM Motive into a separate legal entity gives us the agility to form flexible business plans for our new builds as we look to scale up to cater for fleets of commercial and municipal vehicles,” said Yellen.

“We look forward to creating new partnerships and developing new investment models as we take our portfolio of hydrogen refuelling stations to the next level to meet demand from the exciting range of new hydrogen vehicles that are set to enter the UK market over the next year.”

ITM Motive owns 12 hydrogen refuelling stations (HRS), eight of which are currently commissioned with a further four in build or funded, making it the largest operator of HRS in the UK.

Yellen said: “ITM Power is embedded in the development and setting of technical and safety standards in the UK and the EU. ITM Motive will now take over the group’s responsibilities in this area, positioning us at the heart of the hydrogen transport industry as it develops.”

Graham Cooley, CEO, ITM Power and a director of ITM Motive added: “We are delighted to see ITM Motive leave the nest as a separate limited company. I am sure that the company with Duncan’s leadership team will be able to drive the business forward and that its enhanced visibility will help to win new customers and establish new partnerships.”